Country is celebrating Constitution Day. Though the constitution was adopted in 1949 on this day, the celebration began only in 2015, and credit for this goes to the BJP government. Our Constitution is inspired by our history, our values, and our requirements. It is certainly a truth that many of the elements of the organizational structure of Institutions like the Parliament, Judiciary, etc. are inspired by other countries, but the soul, values, and principles which guide them or must pave way for the future course must be Indian values.

These illustrations include scenes from the Indus Valley civilization, Ramayana, Shri Krishna propounding Gita to Arjuna, Life of Mahavira, Buddha, Spread of Buddhism by Emperor Ashoka in India and abroad, scenes from the Gupta Art, scene of Emperor Vikramaditya court, Nalanda University, Image of Nataraja, Mahabalipuram sculpture depicting the scene of Bhagirath penance and Descent of Ganga, portraits of Guru Govind Singh and Chhatrapati Shivaji Maharaj, Akbar and his court, Rani of Jhansi Lakshmibai, Gandhiji, and Netaji Subhash Chandra Bose and other patriots trying to liberate India from outside of Bharat.

Mottos of Constitutional Bodies and other agencies

When India got independence from British imperialism, India made a conscious and clear choice to revitalize, reinvigorate and inspire her from the eternal Indian civilization.

Cursory looks at the mottos of these agencies clearly establish this fact.

The idea of the Constitution and Constitutional values are inspired by our culture and our history. During the entire course of our history, we have been run by a clearly articulated and written system of rules and regulations supported by unwritten principles, customs, traditions, and practices. From the times of Vedas to the present times, our civilization and culture have believed in the idea of a rule-based society. A large number of Smritis and granths easily leads to this conclusion. Much before the Magna Carta of the West, we have very advanced development of jurisprudence, and legal principles in our Country.

Therefore, we must counter and defeat arguments that see the constitution as a gift of the West or mere export of better values of the west. It is only due to the usage of English and easy understanding that we have proceeded with the term ‘constitution’ but the Hindi word ‘Samvidhan’ makes it aptly clear. We must strongly assert that idea of the Constitution as a basic document of governance is not an exported idea but an Indian idea that is based on our rich history.

Secondly, there have been conspiracies and fraudulent attempts by the Left cabal and some others to interpret Constitutional values through the Lenses of the West or ideologies and concept originating in the West. We must defeat and expose them. We should strongly and assertively say that Constitutional values and ideals like Democracy, Secularism, Socialism, Justice, Liberty, Equality, Fraternity, Republic, and Sovereignty are Indian values and ideals. Their content, expanse, and interpretations should be based on the ideals and practices of India. Our texts in various languages and practices during different times across India should provide the content of these ideals.

In light of our constitutional history post-1947, the ‘Constitution as a living and organic document’ must be seen, interpreted, and evolved in the values and ideals of India. We must make an all-out effort to ensure that our Constitution is interpreted in a manner that is rooted in our rich history, culture, and ethos and also forward-looking toward newer challenges and opportunities. There is a necessity to free the Constitution from interpretations and analyses which are driven by clutches of colonized mindset, blind imitation of the west, and conformist attitude towards the West. 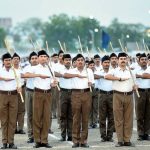