Tenali. In an interesting encounter between the Municipal authorities and the Hindus in Tenali, the authorities yielded to the fury of the citizens. This happened when the civil authorities tried to demolish a 102-year-old ancient Sitharamanjaneya Temple in Gadi Bavi Centre in Tenali on 24-01-2022. People who gathered there resisted this move very strongly. Unable to face the wrath of the public, authorities returned from the site.

As this news spread, people of Tenali gathered there in large numbers and stopped the authorities who were trying to demolish the temple with the help of JCB machines. The devotees lay down on the road and challenged the authorities to run the machines over their bodies. The police tried to convince people to vacate the place. But after reading the GO copies issued in 2010, the police too told the authorities that they are not empowered to demolish the temple. Tenali public gave strong warning to authorities not to resort to such foolish acts in future anywhere in the town. They expressed a doubt that some key functionaries of Tenali Municipality are behind this heinous act. 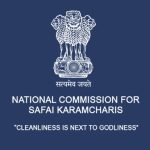