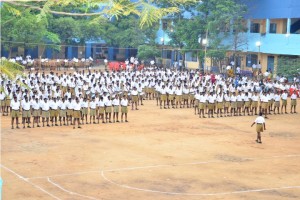 Chennai. The valedictory  function of  first year annual training camp of RSS Uttar Tamilnadu was held at Sree Vidya Mandir School, Salem on May 16, in which around 900 people participated including women. Trainees demonstrated the yoga, karate, dhanda, parade, ghosh etc.

Dr. Ardhanari, reputed medical practioner presided over the function.  He highlighted the importance of imparting sanskars in one’s life.

Shri Bhoopathirajan, Vethathri Maharishi Matriculation School felt very happy for, he being blessed for the RSS camp being held in his school campus.  He whole-heartedly wished RSS for creating men with character and simple living. 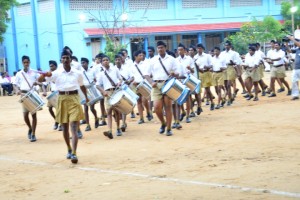 Swami Poorna Sevananda, Ramakrishna Ashram, Namakkal blessed the gathering. In his speech he said everyone should prepare for celebrating the centenary year of Sangh in a befitting way of spreading the importance of shakha to each and every individual in the country.  He further said that RSS has been carrying out what Swami Vivekananda and Bharatiyar had time and again said about ‘Be and make’ and to be strong and brave.

Shri P M Ravikumar, Prant Pracharak (Uttar Tamilnadu) highlighted on various subjects like the need for primary education in Mother tongue, prevailing caste conflicts, and terrorism – a challenge faced by the world.  Hindu society is forgetting its glorious past and appealed the general public to extend their support to RSS in meeting the various challenges the country is facing.

Shri Bhaskar, Vibhag Karyavah proposed the vote of thanks to all those who made the 20 days training camp a grand success.  Function concluded with Sangh Prarthana. 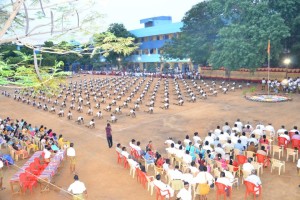 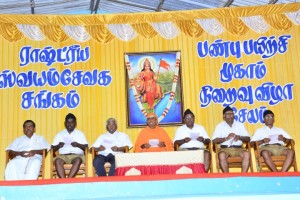 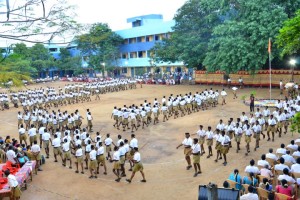 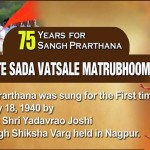