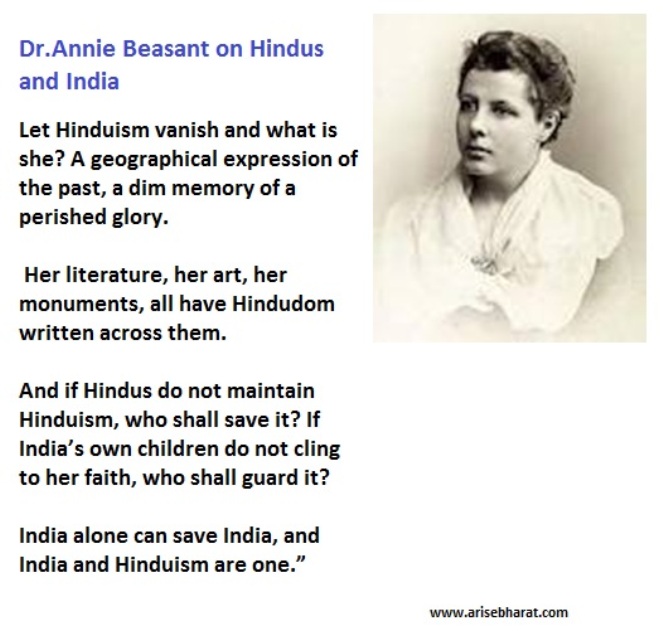 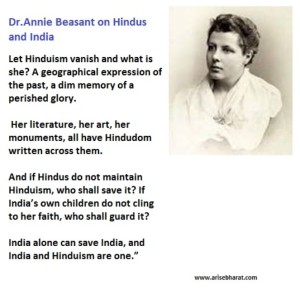 The Hindu population is now officially below 80% nationally as per the census. If we consider the undeclared Christian population to it, ( those who enjoy Hindu reservation benefits but practise Christianity), the numbers would be further lower to this. For those wondering why a reduced Hindu population should be a matter of concern, recall the words of Dr.Annie Beasant….

States like Assam, Bengal which have seen a lot of infiltration of Muslims, but equally concerning is growth in a temple state like Uttarakhand. A recent visit to Nainital confirms that Muslims have virtually taken over large portions of this temple town which houses Naina Devi. Is it due to infiltration via Nepal or is it homegrown numbers? 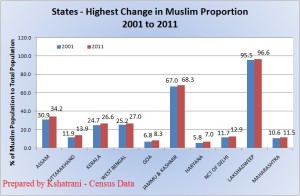 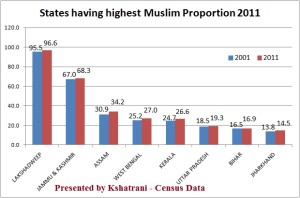 Christian population is generally misleading since a lot of Christians do not officially show their numbers to enjoy Hindu reservation benefits. In the states of Andhra Pradesh and Tamilnadu, the Christians would definitely be over 10%.

States like Arunachal Pradesh which had a ban on religious conversions see a free conversion spree. Christians grew by over 12%. Manipur had a Xtian growth of 7%. 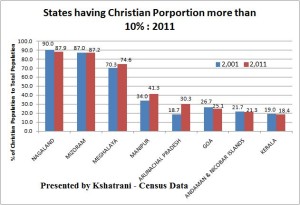 From the above data, it is clear that Hindus are in a minority in the states of Nagaland, Mizoram, Meghalaya, J&K and in the Union Territory of Lakshadweep. They are less than 65% in the states of Kerala, Goa, Assam, Manipur.

This is a serious matter. Only 6 decades ago, the country was partition on the basis of religion. The same community is now being allowed a free-hand in growing  their numbers. At the same time they enjoy privileges of minority rights, create sense of insecurity in the areas where they have larger numbers. History shows that whenever the Hindu numbers have reduced, those parts become communally very sensitive, lead to ethnic cleansing and ultimately lead to secession. इतिहास बताता है कि – जब-जब हिन्दू घटा, देश बंटा.

It is generally noted that such issues are not shared much among Hindus for the fear of being branded as “Non-Secular”. Hindus have to realise that unless they treat this an issue of national importance, we would lose all the civilization parameters based which our nation was called Bharat or Hindustan. 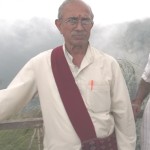