This case was registered by NIA on 09.12.2015 under section 125 of IPC and sections 18, 18B, 38 & 39 of UA(P) Act, 1967 and pertains to larger criminal conspiracy hatched by proscribed terrorist organisation ISIS to establish its base in India by radicalizing and recruiting Muslim youth through different social media platforms. As a result, radicalised youths expressed their solidarity, allegiance and support to ISIS and left India to join ISIS.

After completion of investigation, NIA had filed charge-sheet and supplementary charge-sheets against 17 accused including Imran Khan Pathan@Imran. Earlier, 16 accused persons were convicted and sentenced upto 10 years rigorous imprisonment by the NIA Special Court vide its orders on 16.10.2020 and 16.12.2020 for the conspiracy hatched by ISIS handlers based in Syria and subsequently formation of group namely “Junood-ul-Khilafa-fil-Hind” owing its allegiance to ISIS, a proscribed terrorist organisation.

Accused Imran Khan Pathan@ Imran @ Imran Moazzam Khan @ was in direct touch with ISIS handler namely Yusuf-Al-Hindi@Shafi Armar. He had received funds to the tune of Rs. 50,000/- from one of the associates of Shafi Armar namely Mudabbir Mushtaq Sheikh (already convicted) for making an IED and to further the activities of ISIS in India.

With this judgement all 17 charge-sheeted accused involved in this case stand convicted by the NIA Special Court, Delhi. 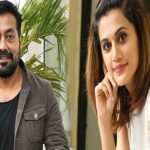 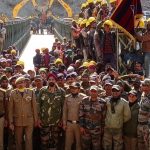