Commonwealth Games (cg) earlier known as British Empire Games are going on in Glasgow, Scotland (July 23-August 3) and as usual India is participating in them. But the question arises as to why India still participate and continue to keep alive the memories of our slavery.

Many years ago, there was a prosperous and happy kingdom. All other kings were envious of its strength and prosperity. A few people from another kingdom came, extended hands of friendship and asked permission for trade. The king, being kind and naive gave them permission for trade. The cunning and smart traders entered as friends, eventually overthrew the king and took over the kingdom. They then proceeded to loot the kingdom, deprive it of its resources, enslave its people and exploit them for many many years. After many years of struggles, led by many wise men, the people of that kingdom threw out the intruders and installed their own king.

However, over a period of the slavery, most of the people got afflicted by a disease, called Stockholm syndrome. As per Wikipedia, “Stockholm syndrome is a psychological phenomenon in which hostages express empathy and have positive feelings toward their captors, often defending and identifying with them.”

The victims convinced themselves that their captors had their best interest at heart, and they not only forgave their captors, but formed a group which meets every few years, and swears their allegiance to the king who enslaved them.

This is the story of Commonwealth group of countries. It is an organisation of 53 member states that were mostly territories of the former British Empire. These countries fought hard to get their independence from Great Britain, but now come together under the common umbrella of “fellow former slaves”, and willingly accept the Queen of Britain as the head of Commonwealth.

As someone who believes that British rule did more harm than good to India I find it absolutely stupid that we continue to glorify and keep alive the memories of our slavery, and take pride in being part of a group which accepts the Queen as its head. It is no chance that some of the proudest and fiercely independent countries like US and Israel are not a part of Commonwealth though they also were associated with Great Britain.

Narendra Modi led BJP has made a fresh beginning in May and it has had an encouraging start. It has stopped several wasteful practices of previous governments, like the Group of Ministers (GoM) mode of decision making. It has ended the practice of free ride to journalists who would accompany the PM on every foreign trip. It has asked the UN Military observer group to vacate the office that it has used rent-free for 40 years.

India’s membership of Commonwealth, CHOGM (Common-wealth Head of Government Ministers) and participation in the Games every four years is another example of huge wasteful expenditure which adds little value to the nation.

It perpetuates memory of India’s slavery to Britain under lofty words hidden in the shared agenda of the commonwealth nations. The new BJP government would do a great service to the nation if it navigates a withdrawal from Commonwealth.

All individuals have good memories and bad memories. If we have to grow, we need to put bad memories behind us, and look towards future. It need be no different for a nation. British Rule was a bad memory. If it was indeed good for us I would think all the struggles for an independent nation were an exercise in waste.

It is foolish to glorify a grouping where the primary bond is that all countries were once “slaves” of the Great Britain. As the Commonwealth Games in Glasgow opened this week, it is a reminder of the silliness of the whole exercise. It is insulting and amusing that the charade has gone for last 67 years, and that 53 countries are playing the charade along with us.

It is time we end this “dumb” charade. 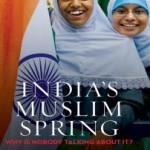 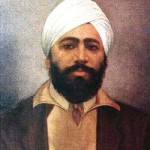