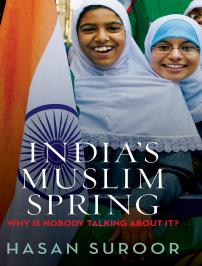 How long the so-called silent (timid?) secular Muslims will keep quiet in front of leaders like Asaduddin Owaisi or of late Imran Masood.They must come out in open to denounce these so-called leaders to show that the young Muslims do not accept the diatribe and to denounce the crowd that applaud these leaders during their speech.

Hasan Suroor’s recent book, India’s Muslim Spring: Why is Nobody talking about it? is about the changes that are taking place within the Muslim society, especially in the young generation.

Suroor is at pains to point out that the Muslims though reacting to the post 9/11 events , are out to assert themselves as Muslims by way of outward expressions of typical beards by males and veiling of women folk; but from within they have changed. They are thinking of new parameters of education, health, and poverty eradication for the Muslims society. They are no more influenced by the Mullahs’ appeals on the religious lines, by their parental connections with Pakistani Muslim society and are in mood to blame the current backward status of the Muslim society on their elders who could not and did not provide enlightened leadership to the common Muslim over the last six decades.

Muslims have to behave like ordinary citizens appreciating the socio-cultural milieu and questioning the Muslim social mores. Then only it can be said that the spring has commenced for the Indian Muslims, or else it will be like Arab spring with the support of Muslim brotherhood that has relapsed back into chaos and hardening and strengthening the religious fundamentalism.

Although “the young Indian Muslims started growing beards and wearing hijabs, the so-called symbols of Muslim identity, though in fact, these have no religious sanction.” On the contrary, “There’s a negative image of Muslims out there. We want to correct that. We’re saying that we are proud to be Muslims and in case you think every Muslim is in a beard is a terrorist, look at us: we’re practising Muslims, we’ve beards but we’re not terrorists. We’re proud Indians and proud Muslims,’ said Nasir Zaidi, a successful young Delhi businessman.” (P83).

The book is about his perceptions of change in young Muslims. He often refers to the Sachar Committee Report which highlights the backwardness of the Muslim society in India. He appears to have asked lot of questions regarding the status of the Muslim society as such, to the aspiring Muslim youth. Some of their views are given at the end of the book, Part II: “In Their Own Words”, (Pp 135 – 178).

Long neglected masjids in Delhi and India are attracting bigger, newer and younger congregations. Being Muslim these days means wearing your ‘Muslimness’ on your sleeves. While Suroor grew up in sort of secular family where there was an urge to educate children and his mother did not observe purdah, over the years the Islamic assertion has even changed; the welcome greeting from adab to salaam-alekum, (P xi). Again Suroor himself is not ready to accept the fact that majority of the conversions to Islam in India were forced conversions, when he states, ‘The fact that it was trade rather than a campaign to spread Islam in India through conquest is corroborated by other historians…..” (P 3). May be in the beginning when Arabs were slowly taking over the maritime trade from Hindus around seventh century, there were willing conversions in down southern State like Kerala, which had population of Syrian Christians too. They were converted to Christianity around the first century CE. The Christian population remained confined to down south only. However to say that from the very first invasion of Muhamad bin Kasim who took away Dahir’s daughters, through the Turk, Afghan and Mughal and lastly Ahamd Shah Abdali’s invasions, were all motivated by trade is to look other way from the reality. In fact the Indian Muslims should understand that more than 90 per cent of them are converts; mostly their forefathers were forced to convert. Not only that, they were treated as second class subjects by the invaders who established their ruling dynasties. The last Mughal ruler Aurangzeb, although the Hindu blood flowed in his veins, recruited chieftains and noblemen of Iranian and Turkish origin. He treated the local Muslims, even after the centuries of imbibing Islam, as dirt . He trusted Rajputs more than the local converts.

As Suroor states that it is a real tragedy that Pakistan did not quite turn out to be the Muslim paradise. Not only that, it has become hot bed of terrorist activities for the world. The life of its citizens, be it Sunnis or Shias has become dreadful and insecure. It is to be written off as a state. As he quotes Seema Chisti, “The collapse of Pakistan, she says, has also helped as Indian Muslims have now stopped looking across the border in search of pan-Islamic identity ” (P 70). Not only that the Rohingya Muslims in neighbouring Myanmar will not be registered as citizens during the census but “They will only write down ‘Bengali’ because Rohingyas don’t exist” and will get no voting rights (The Hindu 17.3.2014). It further writes ,“Since 2013, as the influx of Rohingyas increased, Bangladesh has closed its door to one of the most persecuted minorities in the world, saying they are not Bangladeshis.” Now they are taking refuge in India. It is the loss of this pan-Islamic identity, not only in India but all over the world, that has triggered assertion of identity with Indian nation by Muslim in India.

As was told to Suroor, “India is the safest and the best place for Muslims to live. Do come back.” (P 34). This feeling of safety and freedom to practise religion without interference has made Indian Muslim to feel proud of being Indian citizen. The question arises, had Pakistan been a little more sustainable state, how could the Indian Muslims have ascertained their Muslimhood? “A British council survey in April 2013 revealed that more Pakistani youth would prefer to live under Islamic law than democracy”, (P 111) that too in spite of bearing brunt of the terrorist activities .Would the trend have been different in India? As I know in recent years a few Muslims from Deoband hoped for establishing Caliphete a few years ago.

Suroor must be aware that there exist deep fissures within the Muslim society not only in India but all over the world. Not only Sunni and Shia but it persists with Ahale Hadis, Wahabbis, Alawis, and many more. They all consider each other as kafirs. Then follows the Islamic logic that the kafirs have no place within the Islamic society. Excepting few to be counted on the finger tips, all other Muslims consider Hindus as kafirs. One can go a step ahead say the Islamic assertion lies in beards, veils and rejecting spirituality in other religions, even sects; branding it kufr. Suroor has not touched upon this crucial aspect of the Islamic psyche. How long the Muslims are going to regard people other than their own sect as kafirs.

Are the majority of these beard sporting and veiled Muslim youth ready to accept openly the Hindu religion or any other religion on par with whatever type of Islam they profess? How long the so-called silent (timid?) secular Muslims will keep quiet in front of leaders like Asaduddin Owaisi or of late Imran Masood.They must come out in open to denounce these so-called leaders to show that the young Muslims do not accept the diatribe and to denounce the crowd that applaud these leaders during their speech.

The Sachar Committee report is based on the out dated data of 1990s. Even therein also, the Muslim community as a whole fares better than the SC/ST population in all respects. Along with other Hindu OBCs they too are given reservations under the OBC category. In spite of being a lawyer, erstwhile former Central Minister about whom Suroor has expressed reservations, Salman Khurshid openly made it an election issue of reservations for Muslims on the religious grounds, knowing fully well that it is against the constitutional rights. Suroor does not say anything at all about it. Does he too support for religious Muslim quota? In the recent articles by Tanweer Aslam in The Times of India dt 21.3.2014, “Top Myths About Muslims” and by Santosh Meharotra in The Hindu dt20.3.2014, “Catching up with the rest of the nation” it is shown that the “gaps between Muslims and the national average on most human development outcomes are narrowing, reflecting their improving conditions.” So let there be no longer harping from Muslims on the Sachar Committee Report. Let the Muslim sects dissolve the differences and sectarian divide within their own religious community and on the cultural level assert that all the religions are on par and none to be treated as kafir. Regarding Bangladeshi infiltrators who have settled with the active connivance from the local Congress and Samajwadi politicians Suroor keeps silence. 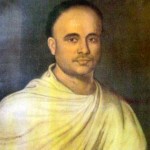