“Bijbehara Encounter Update : Both the terrorists killed, search going on. Further details shall follow,” tweeted the Kashmir Zone police. According to Inspector General of Police (IGP) Kashmir Vijay Kumar, the two terrorists killed in the encounter were responsible for the killing of an Army jawan on Saturday. “Terrorists responsible for the killing of Army jawan neutralised within two days in Bijbehara encounter,” said IGP Kashmir.

In a statement, Dilbagh Singh, Director General of Jammu and Kashmir Police said that both terrorists were active for a long time and were wanted in many cases of terror crimes. “Both the hardcore local terrorists have been neutralised. They were responsible for yesterday’s killing of a TA jawan. Have been active for a long and wanted in many cases of terror crime,” said DG. He added that with this 12 terrorists have been killed in four separate operations over the last 72 hours in the valley, leading to the full elimination of a terror outfit called Ansar Ghazwat-ul-Hind (AGH). “A total of 12 terrorists have been neutralised, comprising 7 terrorists at Tral and Shopian, 3 terrorists of Al Badr at Hatipora, Shopian and now these 2 at Bijbehara who were working with The Resistance Front (TRF),” the DG added. Further details are awaited. 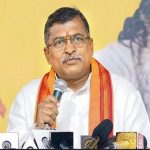