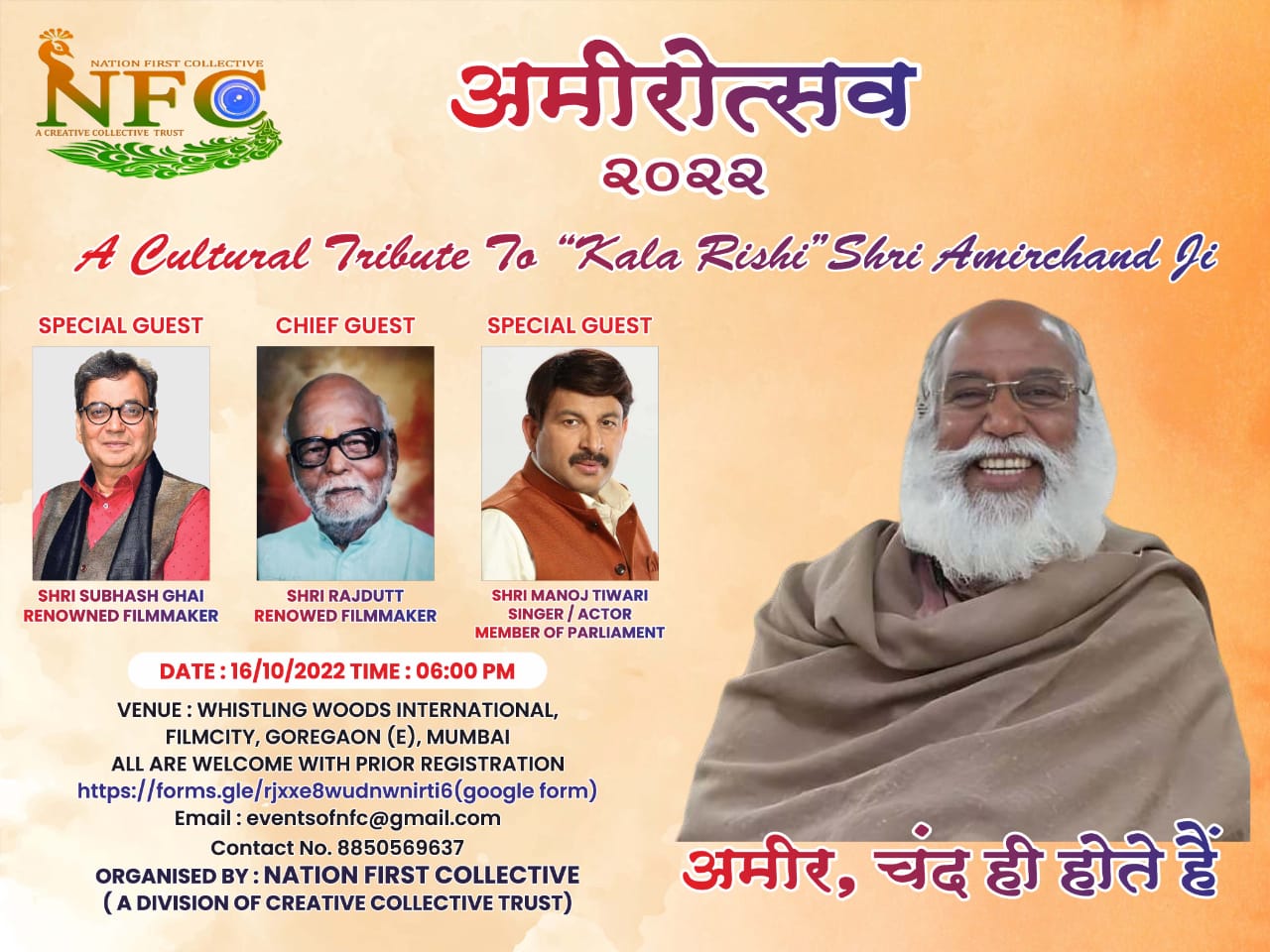 Akashaditya Lama convenor Nation First Collective Said “As a homage to the late cultural icon, NFC has constituted an award in Amirchandji’s name, which will go to great achievers from the cultural field every year starting from this year.” This year NFC has selected reputed Tarpa Vadak, Bhiklya Ladkya Dhinda ji, from the Waarli Adivasi Janjaati of Maharashtra for the award.

The program will be graced by people from the fields of Film, theatre, music & dance.

NFC, known for taking up several national issues & organising events like Varsh Pratipada, Hindi Diwas & cultural event on the first death anniversary of former I&B minister Sushma Swaraj in the past & supporting various art, culture & cinema related activities & humanitarian work, has been nurtured & groomed by Amirchandji, who was himself, the All-India General secretary of Sanskar Bharti (A nationalist cultural organisation). 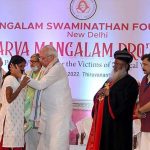