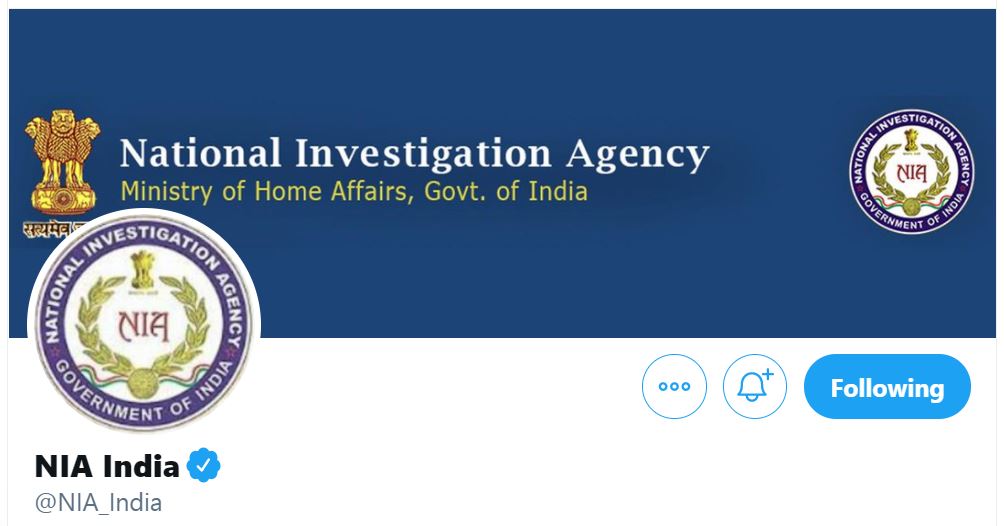 This case arose out of Delhi Police Special Cell, FIR number 85/2020 dated 08.03.2020 pertaining to arrest of Jahanzaib Sami Wani and his wife Hina Bashir Beigh from Okhla Vihar, Jamia Nagar in Delhi on 08.03.2020 on receiving an input that they were affiliated to the banned terrorist organization ISKP, a part of ISIS, and were planning subversive/anti-national activities in India. NIA had re-registered the case on 20.03.2020 and took up the investigation.

During further investigation Abdur Rahman @ Dr. Brave was arrested on 17.08.2020 from Bangalore by NIA. As a student of MBBS at Bangalore Medical College, Abdur Rahman got radicalised, listening to the online lectures of hard line Islamic preachers including ‘Anwar Awlaki’. Subsequently, he came into contact with other radicalised youth and travelled to Syria in December, 2013 and participated in various terrorist activities of ISIS. After his return to India he continued to remain associated with the ideology of ISIS. Utilizing his knowledge of Ophthalmic Lasers and Medical Science, he made efforts to develop applications for medical and military requirements of ISIS. To this end, he was in regular communication with ISIS terrorists located abroad as well as in India including Jahanzaib Sami on Threema, a secure messaging platform. Consequently, he had achieved significant progress towards developing a medical application for treatment of ISIS terrorists and also a Laser Guided Anti-Tank Missile application for controlling the trajectory of the missiles for enhancing their effectiveness for furthering the cause of ISIS.