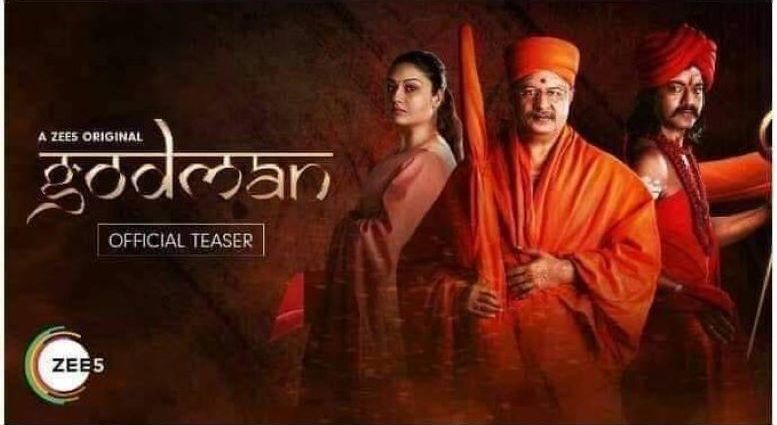 Has anyone ever wondered what could be the most peaceful way to destroy the world’s oldest civilization? A civilization that has been hit by foreign invaders for centuries – be it Islamic invaders from the Middle East or European colonists! Each of them has tried to impose their own culture on the people of India by attacking the ancient traditions and culture of India. But they have repeatedly had to concede defeat to the strong fears and sweetness of India’s traditional culture. After all, of all the ancient civilizations, India is the only one which still exists today in its original and unadulterated form.

The key to India’s prosperity and progress lies in its ancient heritage in our Vedas, Puranas and our epics – Ramayana and Mahabharata we see an unprecedented collection of crafts, architecture and weapons and defence equipment. This proves how advanced the Indian civilization was. The excellence of science and technology, medicine, architecture, art is reflected in every work done in the past of India. The discoverer of zero, Aryabhata, the great mathematician Vrahmihir, the father of surgery Sushruta, the father of Ayurveda Charak, the author of economics Chanakya was born in this country. Universities like Nalanda and Takshashila are created in this country, the value of which is not higher than any other eminent university of today but it is equivalent. So, India does not need to look to any foreign country or learn from it to get the highest number of seats in the World Assembly. Hidden in every page of India’s ancient history is the key to India’s progress, which enables India to reach the pinnacle of development without relying on any Western country.

India is a Golden Swan to the West. This country of 130 crores is nothing but a huge market book of all the products made in their country. The country did not deviate from its roots when India became independent after 200 years of British rule, apart from the invasion of the French and Olondaz. So, before leaving the country, the British ruling class tactfully handed over the governance of the country to a group of people who, despite being independent in name, tried their best to make India self-reliant instead of leading it towards self-reliance. At the same time, a group formed within India who, under the guise of higher education and progressivism, will do their best to distract Indians from their roots, will create disgust towards traditional culture and Hinduism in their minds. What better way to eradicate Hinduism without bloodshed.!

The most effective way to influence a person’s mind is through entertainment – movies, plays, dances, songs, etc. People enjoy these fluently and happily, so the message that is conveyed through them affects people a lot. For this reason, a group of left-leaning artisans has been selected who, through their films, serials, advertisements, etc., will go against Hinduism so that the Hindu masses, especially the Hindu youth, will turn away from Hinduism.

Today, for several years now, shadow films, serials and advertisements have been used to portray Hindus, especially the Hindu sadhu or priest community, as pranks. Some of the films that stand out in this context are –

Gupi Bagha Returns (Bengali Film) – Directed by Sandeep Roy, released in 1992, this is the third edition of Gupi Bagha’s story collection, written by Satyajit Ray. In this picture we see a false royal priest named Brahmananda Acharya who in order to get immortality and become very rich ordered Gupi and Bagha to steal two precious gems. Since the prophecy was that a 12-year-old boy named Vikram would be the cause of his death, he kidnapped all the 12-year-old boys in his kingdom and kept them as his servants. Veteran actor Ajit Bandopadhyay’s fluent acting made the character come alive, which is why it is natural to feel fear and hatred towards the Hindu monks and priest community.

Gotra – Currently the most successful director of Bengali films, directed by Nandita Roy and Shivprasad Mukherjee. As shown Preparing priests as comedians is a very common thing in Indian cinema and this has created a deceptive and humorous image in the minds of the masses about the priesthood community, which is causing the youth to turn away from worshiping Hindu rituals. In this film, on the other hand, a young man from a Muslim community is portrayed as a kind, good man and with him, love jihad is promoted.

PK – Released in 2014, Hindi film PK, directed by Rajkumar Hirani and starring Aamir Khan, is the most critically acclaimed film. The reason is that the film exaggerated the contempt of Hindu monks, Hindu people and Hindu goddesses, prompting a campaign to boycott the film on social media. The film also features a fake Hindu saint, a character called Tapasvi Maharaj (Sourav Shukla) who engages in the business of deceiving people by promising to alleviate human misery by communicating with God through remote control. The film also stars a Pakistani character named Sarfaraz as the main character who is an honest and devoted and loyal lover – played by the late Sushant Singh Rajput.

Chhappak – Released in January 2020, directed by Meghna Gulzar and starring Deepika Padukone, the film is based on the life and struggle of Lakshmi Agarwal, the victim of acid attack. 15-year-old Lakshmi is attacked with acid by her neighbour Naeem Khan’s brother Kamran because Lakshmi rejects Naeem. But the name of the acid attacker in the film became Babu due to a strange magic. The nationalists started protesting against this on social media, as a result of which the name of Babu was changed to Basir. The film, however, was not a commercial success.

Sherni – Released on Amazon Prime in June this year, Vidya Balan starrer is based on the 2016 murder of a tiger named Anvi. Anvi’s assassins were Nawab Safat Ali Khan and his son, Asghar Ali Khan. But in the movies, the killers of that tiger became the Hindu character of some crew. It is better to change the name of the character in a film based on true events, but it is natural to think that there is a nefarious motive behind his change of religion.

SADAK 2 – Directed by Mahesh Bhatt and released on Disney Hotstar in 2020, the film sets a unique precedent as the most disliked image on YouTube. Although the main reason for this was the release of news about the role of the Bhatt family in the film about the death of Sushant Singh Rajput, there was another reason behind this.

GHARE BAIRE AAJ – Directed by Aparna Sen, released in 2019, the film depicts Hindutva leaders and celebrities as crew, hypocrites and assassins. Everyone is aware of Aparna Sen’s extreme leftist thinking. The film is based on Gurudev Rabindranath’s story “Outside the House” and is dedicated to Gauri Lankesh, who was shot dead in 2016. Although it was revealed that Gauri Lankesh’s killer had nothing to do with any Hindu organization, Aparna Sen tried to subtly blame the Hindu organization for Gauri Lankesh’s murder through this film.

Arundhati – Based on the 2009 Telugu film of the same name, starring Koel Mallick, the 2014 film shows a Hindu villain (Indranil Sengupta) who kills people with the help of Tantra and black magic and can overcome his evil. The only Muslim Pir (prominent playwright, Dev Shankar Haldar). This is a strange attempt to portray Hinduism as poisonous and other religions as symbols of good energy.

Many more such films, including OMG, released in 2012, and Sangharsh, released in 1998, have been made in different languages over the last 5-6 decades, with the main aim of creating a hostile attitude towards Hinduism. But without prolonging this writing, I have prepared the names and subject matter of these pictures as examples. A Twitter handle called “Gems of Bollywood” has been leaking screens of such anti-Hindu films for several months.

Apart from this Sangharsh & Leila are the important anti Hindu movies.