A delegation of State-level leaders of Rashtriya Swayamsevak Sangh (RSS) and Bharatiya Janata Party (BJP) visited the houses of Sangh Parivar workers which were vandalised in tension-torn areas in Pinarayi and Vengad panchayats in Kannur on Friday.

Sixteen houses in CPM strongholds were completely damaged. The attacks reportedly took place after the funeral of slain CPM leader Mohanan. The victims said the attackers came in groups of 20 to 30 armed with swords and other weapons.

Still trembling in fear, the victims had shocking stories to narrate. “I sensed something wrong, when some persons wearing masks came asking for my husband and not finding him started showering abuse. Suddenly, they started destroying the window panes and entering the house. In fear I ran to the road. When I returned in the evening, everything was damaged. But they came once more in even more numbers and yet again damaged the house and threatened to kill my husband,’’ said Radhika, wife of Shaji, a key witness in a murder case in which CPM workers are the accused.

Krishnadas and Gopalankutty master told reporters that the CPI (M) “criminals” unleashed brutal attacks on the houses of Sangh Parivar workers and sympathisers. They also alleged that 17 women, including a pregnant woman, had been manhandled.

In a statement BJP State President Kummanam said the ongoing political killing could come to an end if the CPM took the initiative. Around 50 houses of BJP workers were attacked in the last two days alone. Kannur witnessed hundreds of such attacks after Pinarayi Vijayan government came to power, he said.

The CPM should come forward to put an end to the political killings. If the chief minister is unable to ensure peace in his own village, he is not eligible to handle the home portfolio. He should relinquish the same, Kummanam said. 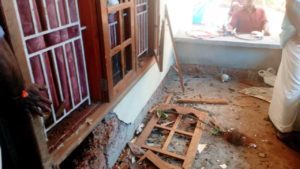 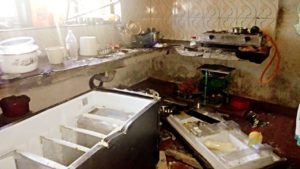 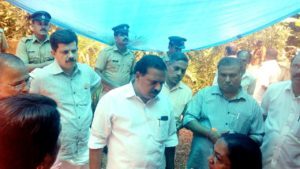 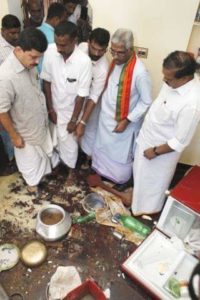 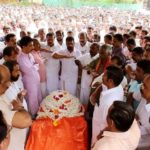