Enact a law for cow-protection and Ram Temple immediately – VHP 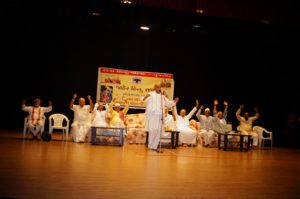 The resolutions passed by Kendriya margdarshak Mandal of the Sadhu-sants in Haridwar were endorsed by the Central Committee of the VHP in its meeting held at the birth-place of Sardar Patel asking the government to enact a law for the construction of the Ram temple in Ayodhya without any further delay. The Iron-Man Sardar Patel has already shown us, by the example of Somnath Temple, how this can be done. The best tribute to the Iron-Man would be if the Ram temple could be built on the lines of the Somnath Temple. 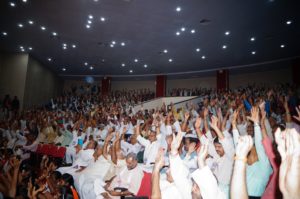 Owing to political expediency, abhorrable practices of organising Beef parties and carrying out barbaric Cow-Slaughter have become a feature of some states. It is strange that animal lovers who cry foul against “Jallikattu” tend to look away when it comes to cow-slaughter. VHP has warned these groups that by organizing such parties, these groups are hurting the sentiments of the Hindus. VHP challenges such groups to organise a Pork-Party on the lines of the beef party in any Vidhan Sabha in the country. The evil acts of these groups is testing the patience of the Hindus and sooner than later they will face the flak for it. The VHP while condemning the conspiracy to malign the gau-rakshaks stated that the gau-rakshaks were worthy of respect, they had to come out on the streets to save the cow because the police had failed to carry out this function. The gau-rakshak never takes the law into their own hands, it is the police which has been filing false cases against them to hide their own failures. This insult of pious mission of Gau-rakshaks and the felicitation of the cow-slaughterers will not be tolerated by the Hindus any longer.

VHP also lauds the incredible awakening of the Hindus of Bengal. Being at the receiving end of the Jehadis, Communists and the Trinamool for long, by coming out in lakhs on the occasion of Ram Navami, the Bengali Hindus have told the world that they will no longer tolerate the atrocities of the muslims in Bengal. If the Mamta government continues to support the jehadis, the Hindus will take the cudgels and fight their own battle with the jehadis. VHP assures full support to the Bengali Hindus in their endeavour to save Hinduism in Bengal.

VHP also expressed its concern over the imposition of GST on “prasad” of the Tirupati and some other big temples. Similar concern was also expressed on the imposition of taxes on agarbatties, dhoop, Goghrit, dev-murti & other material used for pooja by Hindus. VHP has therefore written to the Finance Minister, Arun Jaitley requesting him to end all taxes on Hindu religious items as soon as possible.

250 representatives of VHP from all over the country along with the sister organisations, Bajrang Dal, Durga Vahini, Ekal abhiyan, Sewa, Dharma Prasar expressed satisfaction with the progress. They decided to expand the work speedly looking at the challanges in near future. 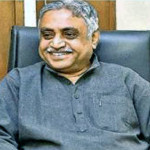