Kumbakonam (VSK). A petrol bomb was thrown in front of the house of a prominent Hindu leader in Kumbakonam.

Panchanathan’s son Chakrapani (40) belongs to Mela Kaveri Kaliamman Kovil Street, Kumbakonam Corporation. He is a mason and is serving as the city secretary of the Hindu Munnani. In this case, this morning when Chakrapani woke up as usual and opened the door of the house, he was shocked to find glass particles scattered all over the door with the smell of petrol.

When we went closer, he found that a 180 ml bottle was filled with petrol at the door of the house, lit with a wick and thrown away…

The Kumbakonam East police, who were informed about the matter, went to the spot and are investigating. 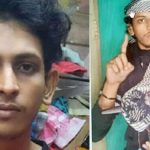