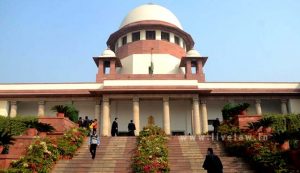 New Delhi. Supreme Court on Tuesday pulled up the West Bengal govt. for not uploading correct information of children who were orphaned during the COVID pandemic since March 2020.

A bench comprising Justices L. Nageswara Rao and Aniruddha Bose was informed by the Additional Solicitor General KM Nataraj, appearing for the National Commission for Protection of Child Right (NCPCR), that the number of orphans uploaded by some states like Punjab, West Bengal and UT of Jammu and Kashmir appear to be ‘unrealistic’.

For West Bengal, the Bench has directed the District Magistrates to collect necessary information relating to children who have become orphans due to death of either or one parent after March 2020 and upload it at the earliest. The Court has also asked Secretary of Department of Women, Child Development; Social Welfare to file an affidavit showing particulars of steps taken as directed.

During the hearing, the counsel appearing for West Bengal objected to ASG’s statement and stated that “I cannot understand on what basis ASG is saying that data is incorrect. We are identifying children and we have uploaded data of all those identified”.

In response to his statement, the Bench asked “Are you sure only 24 children have become orphans in your state? We will record your statement that this is the truth and then order a separate investigation?”

The counsel submitted that a total of 27 children have been identified whose both parents have died.

Can we record it then? We’ll record and ask Secretary to appear. You are so steadfast in saying only 27 orphans are there in such a big State. See figures of other Sates. It is not like your state did not have Covid at all. We are not prepared to believe this figure at all.” the bench remarked.

In response to the Counsel’s further submission that ‘it is an ongoing process’, the bench stated that “Please don’t make such irresponsible statements here. Do you understand urgency of situation here? Children who have become Orphans and just left to fend for themselves!”

“We will ask Secretary to file affidavit as to steps taken. But don’t take such a stand that on what basis NCPCR is making statements. It is not a political issue, it’s about Welfare of children. It’s a collaborative effort. Actually it is your duty, obligation is yours, not ours.” the bench remarked.

Later during the hearing, the Standing Counsel of West Bengal appeared before the Court and submitted that information was sought of children who became orphans because of death of parents due to covid. He added that the information will be collected and a report will be submitted.

The bench however clarified that orders passed by the court was to upload information of all children who have become orphans after march 2020 and it was made clear in order that information is not restricted to deaths due to Covid. 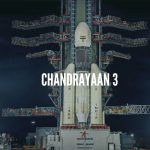