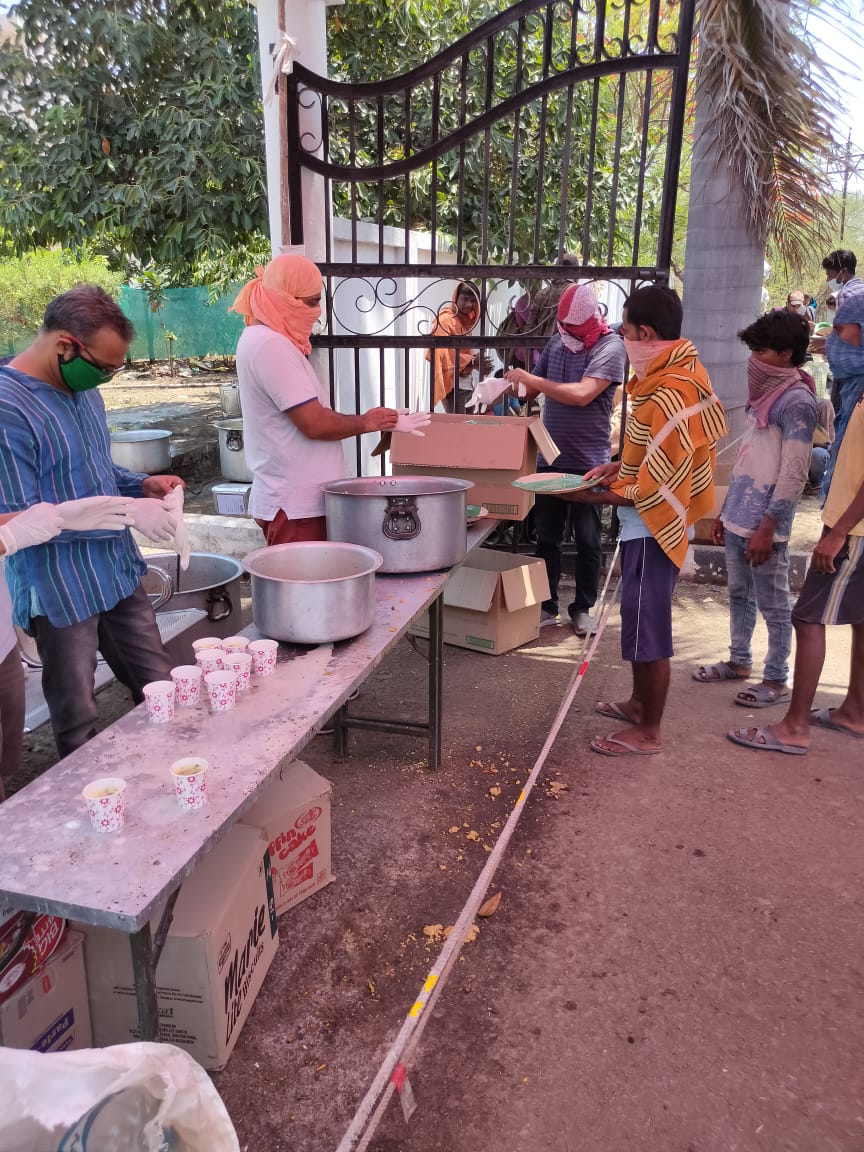 Every one touched with the floods of migrant workers walking along with their children and family members hundreds of miles to reach their homes during lockdown period. For the first time we realized that in every State there is large number of migrant workers, more than our imagination indeed. Who are these migrant workers?

Our politicians several times provoke regional sentiments as a short-cut way to gain power. Shiv Sena leaders had warned that “Mumbai is only for Marathas. People from other States should not come here for employment”. During Telangana Statehood movement, KCR demanded that “Andhras should go away from Telangana”.ô  DMK leaders in Tamil Nadu had asserted that “We are Dravidians. Aryans from Northern States has no place here”.ô  During Assam stir, ASU leaders stated that “People from other States should not stay here”.

We have been hearing such rhythms. But ignoring such politically motivated uproars, every day lakhs of people are migrating from each State to various places of the country seeking their livelihood. They are working as daily wage earners. Most of such migrants are landless laborers from rural areas. Migrant laborers are culturally composite class belonging to different categories of our society. The Migrant Labour loves his mother tongue and his native State; however he does not disrespect or adversely criticize other language or speaker.

In every State, migrants from other States are doing hard works like construction of buildings, carpentry, electricity cables and earth digging works. Both men and women work, while their children are kept in folded cloths under a tree or play on the soil. They hardly go school. Their aged parents used to remain at homes guarding their homes.

In metro cities like Delhi, Mumbai, Kolkatta, Chennai, Bengaluru and Hyderabad, lakhs of migrant workers have been working. They are hardly seen in luxuriousô complexes, beautiful flyovers, costly cars and widening roads in such cities. Their lives are almost behind curtain of these cities. Though they are found hungry in lakhs of number, from social point of view of nationalô unity, they areô heir apparents of national integration.

As successive governments neglected people from Rayalaseema, particularly from Anantapur district, agriculturalô labourers and small farmers have been going to Bengaluru in search of livelihood,ô vacating number of villages.

Palamoor is very much famous for migrant workers. Since a long time, they have been going to Mumbai. This is only a mini scenario of migrant workers in Telugu States. In every town, we can find migrant workers from Bihar in construction activities.

Center announced lockdown to protect people from the menace of COVID-19. In a way, this is a health emergency. The rural population mostly implemented the lockdown norms announced by the government. However, only educated population in urban areas mostly had not shown interest to follow government directives.ô  Recently in Hyderabad, about 50 people assembled in a colony for naming a new born child. As a result, as many as 30 tested corona positive, including the mother and the child.

While announcing lockdown, the center has directed States not to shift migrant workers and issued written instructions to make arrangements whereverô they are. But Delhi Chief Minister ignored these instructions and attempted to send migrant workers to Uttar Pradesh in buses. Some IAS officers involved in this episode were suspended for their mistakes.

Throughoutô the country, Seva Bharathi and several other voluntary organizations provided food packets, sanitizersô and drinking water to migrant workers, along with other poor population. . Migrant workers are in panic situation. They are locked in a distant place without work and are unaware of when their works will be restored. They don’t have safe roofs to take shelter in such a critical time.

After spending 25 days in lock down, some of them decided to return their villages in desperate situation. It may not be safe to them in their places. Realizing their mindset, at the end of lockdown-2, the central government has agreed to send them back to their places. At this time, both central and State leaders failed to give confidence and assurance to them stating “Don’t return to your villages. Works will resume and you can take up your works”.

The center arranged special trains to transport migrant workers. For these trains, while 85 per cent fares will be borneô by the center, the remaining 15 per cent will be contributed by the states.ô However, five States failed to extend necessary cooperation to the center in this regard. They are Andhra Pradesh, Telangana, Tamil Nadu, Maharashtra and West Bengal. Let us be clear in our minds that spending some amount on migrant labour by anybody is not unproductive expenditure.

Center arranged special flights and ships to bring back Indians locked up in other countries. But States didnãt show much interest in bringing back migrant workers. On one side roads are flooded with those returning to their homes with children, assembling of large number of people on State borders and on the other side some are revolting in emotions. Police, who have been working day and night over 25 days lost their patience and resorted to lathi charge.

Taking it as an advantage, Congress and Left activists waiting for an opportunity to blame PM Modi pretended to show sympathy towards migrant workers. Some evil forces attempted to create anarchical situation in the country on this pretext.

A special train reached Patna of Bihar with migrant workers. As soon as it reached the railway station, the workers offered pranam to the mother land. We can see their anxiety in their places to reach their villages soon.

Meanwhile, fears were spread among villagers and also government officials that allowing them to their villages may lead to spreading of virus.ô  It is difficult to keep them all in quarantine, a fact but inevitable.

Still even now, we have been witnessing scenes of large number of workers walking on roads with their children. At several places volunteers of RSS, Seva Bharati and Samarasatha Foundation are providing them food packets and drinking water. At some places, they have been also providing footwear.

Till now undeclared health emergency is in force in the name of lockdown, to contain spread of COVID – 19. Already relaxations also have been provided. This has blocked our economic activity. This will affect all sections of population. Center has announced a big financial package. States need sincerityô to implement the package.

Towards Self Reliant villages

Some of migrant workers after returning to their villages decide, it seems, not to go out for works hereafter. Now we have to utilise their services within villages aiming at reaching economic self-reliance of villages. Planning expertsô should guide us in this direction. Their adviceô needs to be executed properly. In this task, central and State governments should take assistance of some sincere voluntary organizations.

Central and State governments have the responsibility of providing livelihoods to all workers impartially, though they may belong to their own State or some other State. No migrant worker should be left with hunger. No one should be allowed to commit suicide due to hunger.

For this, experts should advise policies to be taken up by central and State governments, besides voluntary organizations. Governments also should come out from the clutches of their routine administration machineryô and think a fresh in novel ways with open mind in the interest of people.

Both central and State governments should work in coordination without giving any scope for egos and vested political interests. During this crisis period, instead of agitating on issues, intellectualsô and social activists should work together in resolving of such issues. Central and State governments should immediately formulate a system that examines various possibilities on providing nation-wide livelihood opportunities for migrant workers to restore their confidence in the system.ô At last on 24th May, Telangana State Government co-operated with the central Government in sending 42 trains with 53, 000 migrant labours from Hyderabad and Warangal to their own States. Dirnking water and food packets were supplied to the labours by Seva Bharati, Akshya Patra and other service organizations.