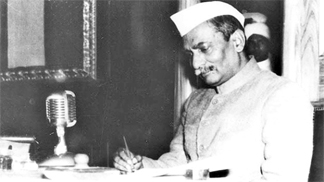 An amendment was carried out in the Constitution of India, by the President, using Article 370, and no red flags were raised, by parliament of the day

It came into effect immediately and superseded ‘The Constitution (Application to Jammu and Kashmir) Order 1950’. Besides carrying out many modifications and changes, this order added Article 35-A to the Constitution of India, after Article 35. Now, common understanding is that addition or deletion of an Article amounts to an amendment in the Constitution. And when we try to find the process of amendment of the Constitution, we learn that it can be amended only by the Parliament as per procedure given under Article 368.

This also means that the Article 368 of the Constitution, in its application to Jammu and Kashmir, also got amended! Now, Constitution being amended is a very significant event, and getting amended, without following the due procedure, even more so!

It appears that constitutional experts, and of course courts (High Courts and the Supreme Court) have not so far applied themselves to the task of checking the constitutional validity of the May 14, 1954, presidential order. This has happened mainly because nobody challenged the amendment of the Constitution under Article 370!

Article 370 nowhere tells that it is an Article which confers on the President executive powers, so vast that he can amend the Constitution. It also does not say that the President can bypass Parliament, invoke executive powers, so vast and devastating that neither the Lok Sabha nor the Rajya Sabha can do anything about the amendment being carried out.

(i) Employment under the State Government;

(ii) Acquisition of immovable property in the State;

(iii) Settlement in the State; or

(iv) Right to scholarships and such other forms of aid as the State government may provide’ Shall be void on the ground that it is inconsistent with or takes away or abridges any rights conferred on the other citizens of Indian by any provision of this Part.’’

A straight answer to this poser is that processes and procedures have sanctity of their own, particularly when they concern something as serious as amendment of the Constitution. Also, in a vibrant democracy like India, shying away from a robust debate on uncomfortable questions only means that we are not perhaps mature enough to absorb the consequences. What a pity that would be! In fact, we should toss this question, of the President doing something, he ought not to have done, and allow our best brains to debate it henceforth.

Does that point to some anomaly? On the face of it, yes. Was Article 35-A added in the manner in which the framers of the Constitution prescribed? The answer itself indicates that something is amiss about this article.

In these days of easy access to information, via the internet, checking the list of constitutional amendments is a job that can be done in a matter of few seconds. This is a “do it yourself’’ that we should follow and check for the amendment under which Article 35-A was added. The results are disappointing because nowhere is the addition of Article 35-A mentioned as an amendment to the Indian Constitution.

We can only scratch our heads, a trifle baffled, and a trifle confounded, but there are no clear answers available. It will be good for all of us if we debated the issue, threadbare, in the days to come, to understand the import of Article 35-A comprehensively.

It is pertinent to recall here that in March 2004, the Mufti Mohammed Sayeed government tried to get a Bill called Permanent Resident (Disqualification) Bill passed in the State Legislature. It was actually meant to target women marrying outside the State of Jammu and Kashmir and retrograde in thinking. Of course, it was only Article 35-A under which this blatantly anti-women law could have been contemplated.

On February 20, 1987, the Supreme Court passed a verdict in a case titled Bachan Lal Kalgotra versus State of Jammu and Kashmir and others. In its verdict, the court lamented that the result of Article 35-A, “in view of the peculiar constitutional position obtaining in the State of Jammu and Kashmir, we do not know what possible relief we can give to the petitioner and those situated like him. All we can say is that the position of the petitioner and those like him is anomalous’’. [Writ Petition (Civil) no 7698 of 1982, decided on February 20, 1987].

The anomalies stay, till date, courtesy Article 35-A.

Article 370 Constitution of India Government of Jammu and Kashmir 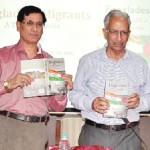 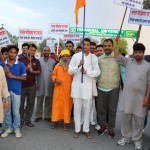