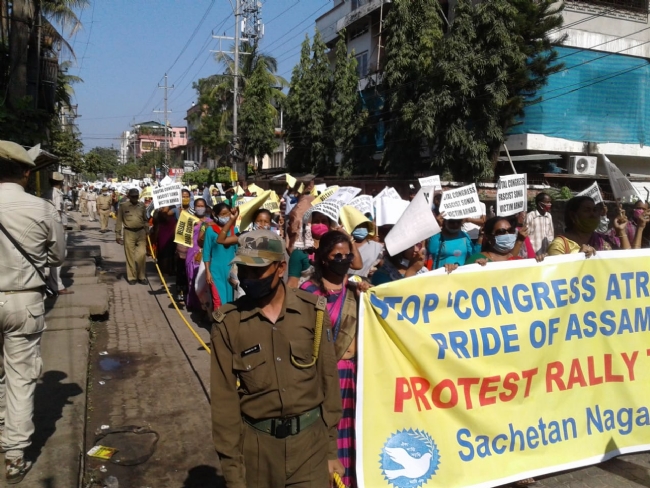 Guwahati. Over a thousand Guwahatians took out an impressive rally in the prehistoric city protesting against the arrest of senior journalist and Republic TV’s chief editor Arnab Goswami by the Mumbai police. Organised by a civil society group named Sachetan Nagarik Mancha, the procession march began at Rajgarh Bihutoli and culminated near to Bhangagarh point demanding Goswami’s urgent release.

Earlier on separate occasions, the nationalist citizens in Assam staged protest demonstrations against Goswami’s arrest. Various journo-bodies, youth groups and citizen’s forums expressed their anger at the way Goswami was picked up from his residence in Mumbai by the police for an apparently closed case. Besides him, the entire journalist-team of Republic Media Network was also subjected to FIRs by the police department. 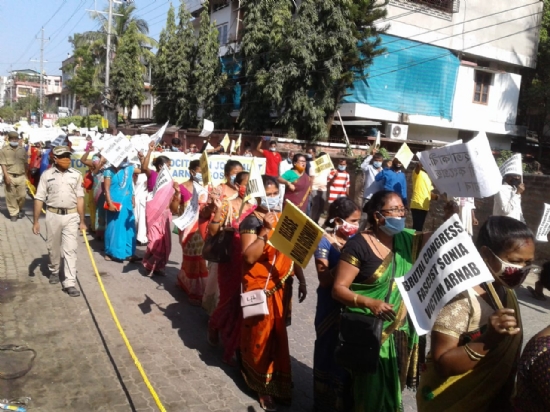