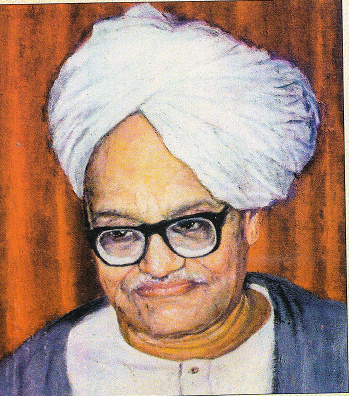 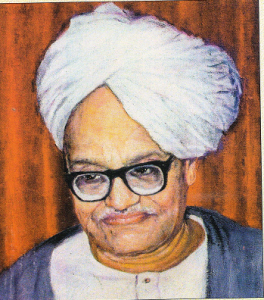 Babasaheb spent his entire life in the expansion and consolidation of Sangh work and in enlisting dedicated workers for the organisation. Those were the early days of Sangh and his travels, meetings, speeches and discussions have gone unrecorded. Babasaheb joined the Sangh in 1926 but no one can say much about his pre-Sangh personal life because of his silence on the subject. For him the Sangh Karyalaya was his house, Sangh Swayam-sevaks was his family, and Sangh work was his household function. But through other sources, it has become known that he was born in Yeotmal in Vidarbha on April 29, 1903. In his childhood instead of playing and romping, he loved reading books. When he was eight he read Aesops Fables and could answer any question related to the stories after reading the book once only.

When he was 12, Umakant (as he was named then) learnt that Lokmanya Tilaks train would be halting at Karanja where Umakant studied. He wanted to hear Tilaks speech but the headmaster closed the gate of the school. While relating this incident, Babasaheb told the author, This insufferable insult made me introspect at that young age. At the end of it I was furious with myself. Severely scolding myself, I said to myself. What else could be expected of such a weak will Patriotism needs courage? Those who serve the country face up to adversities, overcome them, and then alone can they forge ahead… I must have courage, determination, will power. For this I thanked the headmaster in my mind.

In 1919, his father died suddenly; his mother, however, made him continue with his education. After matriculation, he became a teacher to support the family. He became popular as Apteji and always tried to instill patriotic values in the minds of his students. Then came the day of August 1, 1924, when he organised a cultural programme on the occasion of Tilaks death anniversary. When the news of the function reached the government, they pulled up the headmaster who in turn reprimanded Apte. Apte promptly submitted his resignation, saying, I would like to tell you that I have absolutely no desire to work in a school where even the mention of a great patriot like Lokmanya Tilak is forbidden.

At 21 years of age he left his mother and young siblings to reach Nagpur, where he joined the press that published a magazine called Udyam. He rented a room and began to collect bright boys to form the Vidyarthi Mandal, telling them inspiring stories of armed revolutionaries.

In 1925, Dr Keshav Hedgewar visited the Mandal and so inspired was Apte by him that the entire Vidyarthi Mandal joined the RSS. Soon Dr Hedgewar and Apte one 36-year old and the other 23 – became close to each other. After 1926, Babasaheb through discussions with Dr Hedgewar leaned all about Sanghs overall stand. Hindu Rashtra, Hindu Sanskriti, Hindu dharma, the triumphs and defeats of Hindus, the ills besetting Hindu Samaj, the rationale of the slavery of Hindusthan as well as the process of creating centers of strength though shakhas for the emancipation of Hindus.

He merged with the Sangh and became its first Pracharak, who was ever willing to work wherever Dr Hedgewar asked him to, notwithstanding the difficulties. Once he asked a Pracharak in Bengal, Have you learnt Bengali?  When the latter refused, Babasaheb was displeased and remarked, its people like you who have given English all this importance and made it indispensable. You think it is not at all necessary to learn the local language.

Till his death in 1971, he relentlessly toured the country and inspired thousands of youths to join Sangh. He was passionate about Sanskrit and said it was wrong to think that Sanskrit was used only to express religious and spiritual thoughts. Sanskrit must be given undisputed status in the Bharatiya Education System, and an honoured place in the life of the people. He encouraged and patronised Sanskrit magazines. The Babasahabe Apte Smarak Samiti, which has done fundamental work in rewriting the history of Bharat, is an apt tribute to his life.

On September 2, 2003, the birth centenary of Babasaheb Apte, one of the first batches of Pracharaks of the RSS (Rashtriya Swayamsevak Sangh), was celebrated with great fervour all over the country.