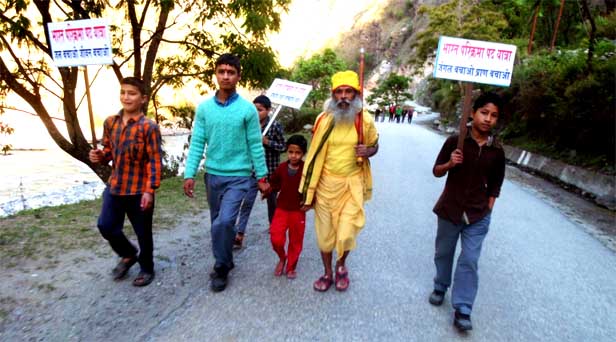 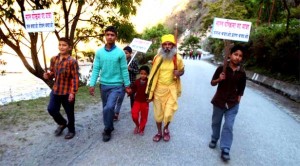 Chamoli. RSS former Akhil Bharatiya Seva Pramukh Sitarama Kedilaya lead ‘Bharat Parikrama Yatra’ has successfully completed the most known ‘Chaar-Dhaam Yatra‘, is now proceeding towards Uttar Pradesh zone, will reach Philibhit on coming August 6. The Yatra completed its 711th day since its launch on August 9, 2012 from Kanyakumari of Tamilnadu. ‘Bharat Parikrama Yatra’ has been aimed at the upliftment of rural life in the villages of India. The Yatra has now covered an approximate distance of  8000 km. 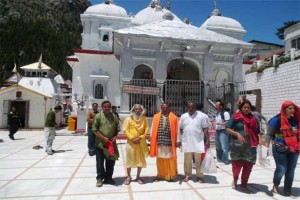 Sitarama Kedilaya during his Bharat Parikrama Yatra a month long rest at Sadhana Ashrama in Dehradun and restarted his journey on March 30. At Yamunotri, Kedilaya met Swami Ram Bharose Das and a discussion on Socio-religious issues. Swami  Ram bharose Das is on a Tapasya since 44years. At Gangotri, the Mandir Samiti felicitated Kedilaya. Later, a detailed discussion was held with members of the Mandir Samiti. At Kedarnath, Chief Priest of the temple Gangadhar welcomed him. The Yatra was in  Badrinath on July 3 where there was a meeting with Dharmadhikari Bhuvanendra Uniyal and head priest of Temple, Ishwaran Nambudiri. On July 5th Kedilaya visited Hemakund Saheb and took visted historic Gurudwara and also the Lakshman Temple. 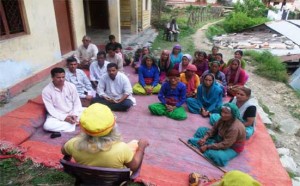 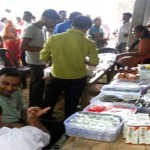