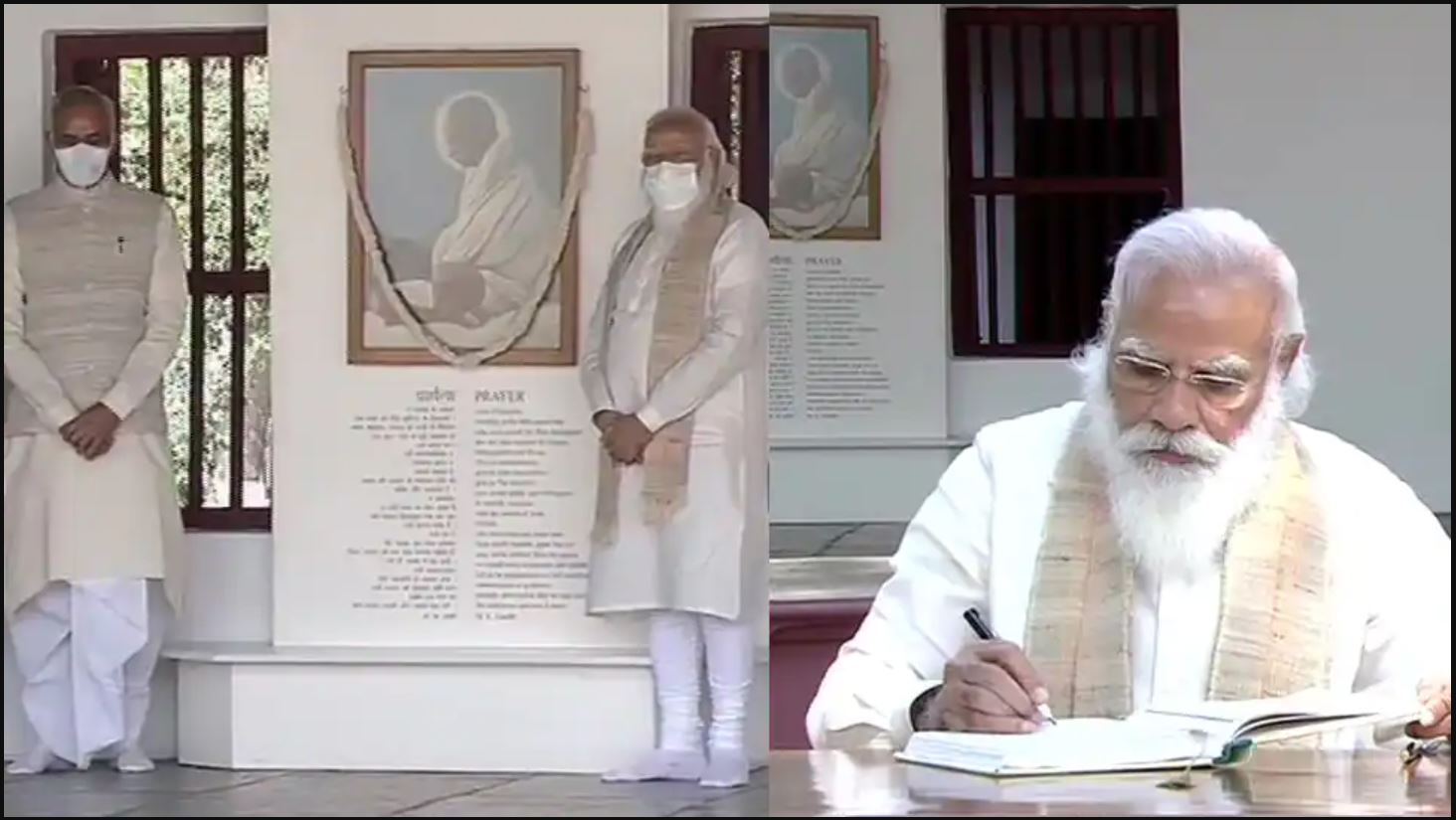 Azadi Ka Amrit Mahotsav is a series of events to be organised by the Govt of Bharat to commemorate the 75th Anniversary of Bharat’s Independence. The Mahotsav will be celebrated as a Jan-Utsav in the spirit of Jan-Bhagidari.

Addressing the gathering at Sabarmati Ashram, PM noted the launch of the ‘Azadi ka Amrit Mahotsav’ 75 weeks before 15 August, 2021 which will continue till 15 August, 2023. He paid homage to Mahatma Gandhi and great personalities who laid down their lives in the freedom struggle.

He reiterated five pillars i.e. Freedom Struggle, Ideas at 75, Achievements at 75, Actions at 75 and Resolves at 75 as guiding force for moving forward keeping dreams and duties as inspiration. He asserted that Azadi Amrit Mahotsav means elixir of energy of independence. It means elixir of inspirations of the warriors of freedom struggle; elixir of new ideas and pledges and nectar of Aatmnirbharta.

Salt was never valued on the basis of mere cost. For Bharatiyas, salt represents honesty, trust, loyalty, labour, equality and self reliance. He said at that time, salt was a symbol of Bharat’s self-reliance. Along with the values ​​of Bharat, the British also hurt this self-reliance. People of Bharat had to depend on salt coming from England. He said Gandhiji understood this chronic pain of the country, understood the pulse of the people and turned that into a movement.

PM recalled the important moments in freedom struggle like the first war for Bharat independence in 1857, Mahatma Gandhi’s return from abroad, reminding the nation of the power of Satyagraha, the call for complete independence by Lokmanya Tilak, the Delhi March of Azad Hind Fauj led by Netaji Subhash Chandra Bose and the slogan of Delhi Chalo. He added that the work of continuously awakening this flame of the freedom movement, in every direction, in every region, was done by our Acharyas, saints and teachers in every corner of the country. He said in a way, the Bhakti movement prepared the stage for the nationwide freedom movement. Saints like Chaitanya Mahaprabu, Ramakrishna Paramhans, Shrimant Shankar Dev created the bedrock of a countrywide freedom struggle. Similarly, saints from all corners contributed to the consciousness of the nation and freedom struggle. There are so many dalits, adivasis, women and youth from across the country who have done innumerable sacrifices. He noted the sacrifices of unsung heroes like Kodi Katha Kumaran, a 32-year-old man from Tamil Nadu, who did not let the country’s flag fall in the ground even while shot in the head by the British. Velu Nachiyar of Tamil Nadu who was the first Maharani who fought against the British rule.

PM Modi remarked that the tribal society of our country, with its valor and bravery continuously worked to bring foreign rule to its knees. In Jharkhand, Birsa Munda challenged the British and the Murmu brothers led the Santhal movement. In Odisha, Chakra Bisoi waged a fight against the British and Laxman Nayak spread awareness through Gandhian methods. He listed other unsung tribal heroes who fought against the British like Manyam Virudu Alluri Sitaram Raju in Andhra Pradesh who led the Rampa movement and Pasaltha Khungchera who took on the British in the hills of Mizoram. He noted other freedom fighters from Assam and Northeast like Gomdhar Konwar, Lachit Borphukan and Serat Sing who have contributed to the independence of the country. He said the country will always remember the sacrifice of Nayak tribals in Jambughoda in Gujarat and the massacre of hundreds of tribals in Mangadh.

He said the country has been making a conscious effort for the last six years to preserve this history, in every state and every region. The revival of the site associated with the Dandi Yatra was completed two years ago. The site where Netaji Subhash hoisted the tricolor in Andaman after the formation of the country’s first independent government is also revived. He added that the islands of Andaman and Nicobar are named after the freedom struggle. He said that the places associated with Baba Saheb have been developed in the form of Panchtirtha, the memorial in Jallianwala Bagh and memorial of the Paika movement have also been developed.

We have proved ourselves with our hard work, both in Bharat and abroad. We are proud of our Constitution and democratic traditions. He said Bharat, the mother of democracy, is still moving ahead by strengthening democracy. He said that Bharat’s achievements are giving hope to the entire humanity. He added that the development journey of Bharat is filled with AatmaNirbharta and is going to give momentum to the development journey of the whole world.

He urged the youth and scholars to take the responsibility for fulfilling the efforts of the country in documenting the history of our freedom fighters. He urged them to showcase the achievements in the freedom movement to the world. He also urged the people associated with art, literature, theatrical world, film industry and digital entertainment, to explore the unique stories that are scattered in our past and bring them to life. 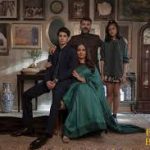 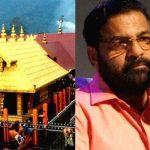