New Delhi. The Twitter handle of the Pakistani government has been withheld in India. In June, several official Twitter accounts of Pakistan Embassies and Radio Pakistan were banned by the social media platform in India.

“@GovtofPakistan account has been withheld in India in response to a legal demand,” stated the message on Twitter. It seems that the social media giant has “withheld” the Pakistan government’s official handle in India long ago, according to the reports.

In June, the official Twitter accounts of Pakistan Embassies in UN, Turkey, Iran and Egypt have banned by the social media platform in India. The development came not so long after Twitter withheld the account of the national public broadcaster in Pakistan – Radio Pakistan. After Twitter in India withheld these official accounts, the Pakistani Ministry of Foreign Affairs urged Twitter to restore these accounts with immediate access.

Such development when the Ministry of Information and Broadcasting has been blocking YouTube news channels including Pakistan-based channels for spreading disinformation related to India’s national security, foreign relations, and public order. 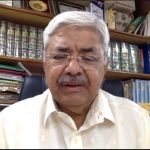