A group of more than 50 New Jersey-based Hindu American organizations have slammed the Teaneck Democratic organization for passing a “hate filled” resolution condemning some Hindu groups and demonizing their community by taking sides in a global conflict over the treatment of Muslims in India and want the action rescinded.

“The defamatory allegations made in this resolution demonize the entire Hindu American community and Hindu American organizations, and promote further hatred and violence against a minority community in the United States,” the New Jersey groups said in their statement.

They said Teaneck Democrats “may simply be a pawn in a much larger agenda to malign and denigrate the Hindu American community, “but we wish to impress upon the TDMC that there are real consequences when one makes misplaced, false, and malicious allegations about a law-abiding and peaceful community.”

“In a time where there is an increased awareness of the need for diversity, inclusion and mutual respect, it is ever more important to call out false narratives, bigotry, and hatred as we see it,” the Hindu American organizations said. 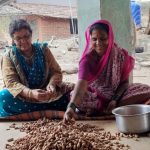