New Delhi. A group of astronomers have detected a very short, powerful burst of high-energy radiation that lasted for about a second and had been racing toward Earth for nearly half the present age of the universe. The burst detected by NASA’s Fermi Gamma-ray Space Telescope on August 26, 2020, turned out to be one for the record books – the shortest gamma-ray burst (GRB) caused by the death of a massive star.

GRBs are the most powerful events in the universe, detectable across billions of light-years. Astronomers classify them as long or short based on whether the event lasts for more or less than two seconds. They observe long bursts in association with the demise of massive stars, while short bursts have been linked to a different scenario.

The identification of this short event GRB which involved several scientists across the world, including Dr. Shashi Bhushan Pandey from Aryabhatta Research Institute of Observational Sciences (ARIES), an institute of the Department of Science and Technology (DST), as well as scientists from other Indian institutions, showed for the first time that a dying star can produce short bursts too. From India, The Inter-University Centre for Astronomy and Astrophysics, Pune (IUCAA), National Centre for Radio Astrophysics – Tata Institute of Fundamental Research, Pune (NCRA) and IIT Mumbai also participated in this work.

“We already knew some GRBs from massive stars could register as short GRBs, but we thought this was due to instrumental limitations. Now we know dying stars can produce short bursts, too,” said Bin-bin Zhang at Nanjing University in China and the University of Nevada, Las Vegas.

“Such a discovery has helped to resolve the long-standing issues related to gamma-ray bursts. Also, this study triggers to re-analyse all such known events to constrain number densities better,” Dr. Pandey explained.

Named GRB 200826A, after the date it occurred, the burst is the subject of two papers published in Nature Astronomy on July 26. The first, led by Zhang, explores the gamma-ray data. The second, led by Tomás Ahumada, a doctoral student at the University of Maryland, College Park, and NASA’s Goddard Space Flight Center in Greenbelt, Maryland, describes the GRB’s fading multiwavelength afterglow and the emerging light of the supernova explosion that followed.

“We think this event was effectively a fizzle, one that was close to not happening at all,” Ahumada said.

“Even so, the burst emitted 14 million times the energy released by the entire Milky Way galaxy over the same amount of time, making it one of the most energetic short-duration GRBs ever seen.”

When a star much more massive than the Sun runs out of fuel, its core suddenly collapses and forms a black hole. As matter swirls toward the black hole, some of it escapes in the form of two powerful jets that rush outward at almost the speed of light in opposite directions. Astronomers only detect a GRB when one of these jets happens to point almost directly toward Earth.

Each jet drills through the star, producing a pulse of gamma rays – the highest-energy form of light – that can last up to minutes. Following the burst, the disrupted star then rapidly expands as a supernova. Short GRBs, on the other hand, form when pairs of compact objects – such as neutron stars, which also form during stellar collapse – spiral inward over billions of years and collide.

GRB 200826A was a sharp blast of high-energy emission lasting just 0.65 seconds. After traveling for eons through the expanding universe, the signal had stretched out to about one-second-long when it was detected by Fermi’s Gamma-ray Burst Monitor. The event also appeared in instruments aboard NASA’s Wind mission, which orbits a point between Earth and the Sun located about 930,000 miles (1.5 million kilometers) away, and Mars Odyssey, which has been orbiting the Red Planet since 2001. ESA’s (the European Space Agency’s) INTEGRAL satellite observed the blast as well.

The discovery helps resolve a long-standing puzzle. While long GRBs must be coupled to supernova, astronomers detect far greater numbers of supernova than they do long GRBs. The researchers conclude that collapsing stars producing short GRBs must be marginal cases whose light-speed jets teeter on the brink of success or failure, a conclusion consistent with the notion that most massive stars die without producing jets and GRBs at all. More broadly, this result clearly demonstrates that a burst’s duration alone does not uniquely indicate its origin. 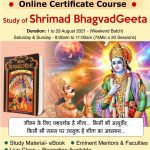