One of the most high-profile art smugglers and notorious antique dealer Subhash Kapoor was finally convicted by a trial court in Kumbhakonam, Tamil Nadu on Tuesday (1 November 2022).

Kapoor and five of his accomplices Sanjivi Asokan, Marichamy, Packiya Kumar, Sri Ram alias Ulagu and Parthiban were sentenced to 10 years imprisonment in the Udayarpalayam burglary and illegal export of 19 antique idols valued over Rs 94 crore to the Art of the Past Gallery, New York, USA.

Kapoor, a US national was arrayed as first accused in Udayarpalayam police station for his alleged involvement in burgling and illegally exporting 19 antique idols totally valued above Rs 94 crore to the Art of the Past Gallery, owned by him.

He was remanded to Judicial Custody by the Judicial Magistrate, Jayankondam, Ariyalur district on July 14, and is currently lodged at Central Prison, Trichy.

Kapoor had illegally sold some of the stolen idols to various museums and private art collectors throughout the world. ‘Subsequently, he was arrayed as an accused in 4 other idol theft cases which are pending for the concurrence of the Government of Germany to prosecute him in these cases also,’ a release from the Idol Wing CID said.

According to reports, Kapoor had earlier filed a petition before the Additional Chief Judicial Magistrate Court, Kumbakonam in 2020. He appealed to recall and cross examine 17 prosecution witnesses.

This petition was dismissed by the court on December 3, 2020. However, he challenged the dismissal order in the High Court of Madras in 2021 seeking to set the order aside.

The prosecution had filed a counter affidavit. The matter which was pending before the Madurai Bench for a long time was recently heard and the request of Kapoor was dismissed. 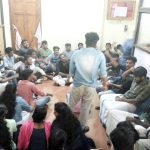