In a barefaced encore of Muhammad Bazar riots where the police looked the other way when members of one community attacked the other Mamata Banerjee Government has once again preferred to maintain a spiteful calm over the last week’s communal violence perpetrated at Dhulagarh in Howrah district south-west off Kolkata.

The incident took place on the day following Prophet Muhammad’s birthday even as members of one community taking part in a religious procession threw stones and hurled bombs on other community triggering a faceoff.

Subsequently at least 60 houses were torched and many people injured in a 5-hour-long violence while the district administration watched the violence from a distance. “Such was the scenario that even the policemen were fired at when they tried to intervene,” locals who fled the area said.

The police waited endlessly for “orders from above,” which never came. Many victims of the riot fled their homes and had still not returned, sources said adding the police were not acting because the attackers constituted the voters of the Trinamool Government.

When contacted the senior officials in the State Police refused elaborate comments saying only “there was a minor incident which has been controlled.”

Curiously the Chief Minister on Monday thundered from a public rally at Bankura that she would not tolerate attempts to fan communal riots in Bengal. “Her out-of-the-context reference to communal violence only strengthens the argument that she is hiding the Dhulagarh story,” a local who had currently taken shelter at Behala in South Kolkata said. Incidentally Dhulagarh is barely 20 km from State secretariat at Nabanna. 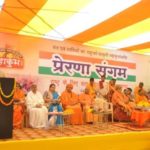