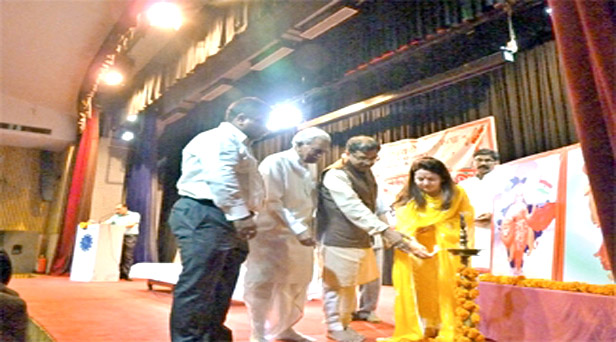 Narad Jayanti celebrated all over India

“The prime objective of Narad for dissemination of information was always the benefit of the universe. For today’s journalists also the interest of the society and the nation should be supreme,” said Prof Kuldeep Chand Agnihotri while speaking at Narad Jayanti function organised by Vishwa Samvad Kendra Chhattisgarh in Raipur on May 11. On this occasion senior journalist Shri Gopal Vora was felicitated for his services to journalism. Shri Kaushal Kishor Mishra, editor of Tarun Chhattisgarh presided over the function. Kshetra Prachar Pramukh Shri Narendra Jain was also present on the occasion.

In Delhi, the function was organised at two places—Rohini and Shankar Nagar. The function organised in Rohini was presided over by Director of AtoZ News channel Shri Deepak Gupta. Speaking at the function former editor of Panchjanya and Rajya Sabha MP Shri Tarun Vijay said the journalists preferred to undergo many kinds of atrocities in the past but they did not compromise on the values of journalism.

Shri Prafulla Ketkar said the field of journalism is full of challenges. He said Narad had information from all sources but he disseminated only the information which was necessary and that too at the appropriate time and to the appropriate persons. Prof Arun Bhagat said the society’s interest was supreme for the media but now there is rapid change and it has mostly commercialised. He said the journalists might have faced so many hardships but the Indian media is now stronger than ever before. Art critic Smt Shashiprabha Tewari was felicitated on the occasion for cultural journalism. Prant Prachar Pramukh Shri Rajiv Tuli and senior journalist Shri Satish Pednekar were also present on the occasion.

In the function organised in Gurgaon the main speaker was Rajya Sabha MP Shri Balbir Punj. Senior journalist of BBC Smt Rama Pandey, social activist Shri Krishna Kumar Dvivedi and Col Kunwar Pratap Singh were also present on the occasion. Shri Balbir Punj appealed to journalists to follow the ideals of Narad. He said journalism should be for the betterment of the society. He also answered the queries of audience. Smt Rama Pandey spoke on technical aspects of the media. Two exhibitions were also organised on the occasion.

In Dehradun, the function was held on May 14. The main speaker was RSS Akhil Bharatiya Sah Sampark Pramukh Shri Ram Madhav. He said the life of Narad shows that he worked even in highly opposite circumstances but never comprised with the ethics. Prof Mahavir Agrawal, Vice Chancellor of Uttarakhand Sanskrit University presided over the function. Some local journalists were also honoured on the occasion.

In Shimla, the function was organised on May 13. Local MLA Shri Rajiv Bindal was the chief guest and legal editor of Hindustan Times Shri Satya Prakash was the main speaker. Shri Satya Prakash questioned the credibility of sting operations and said there is no effective law to curb it. He said the social media has also posed certain problems before the mainstream journalists. 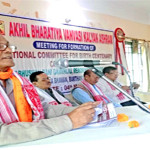 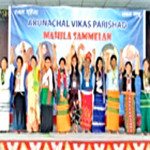