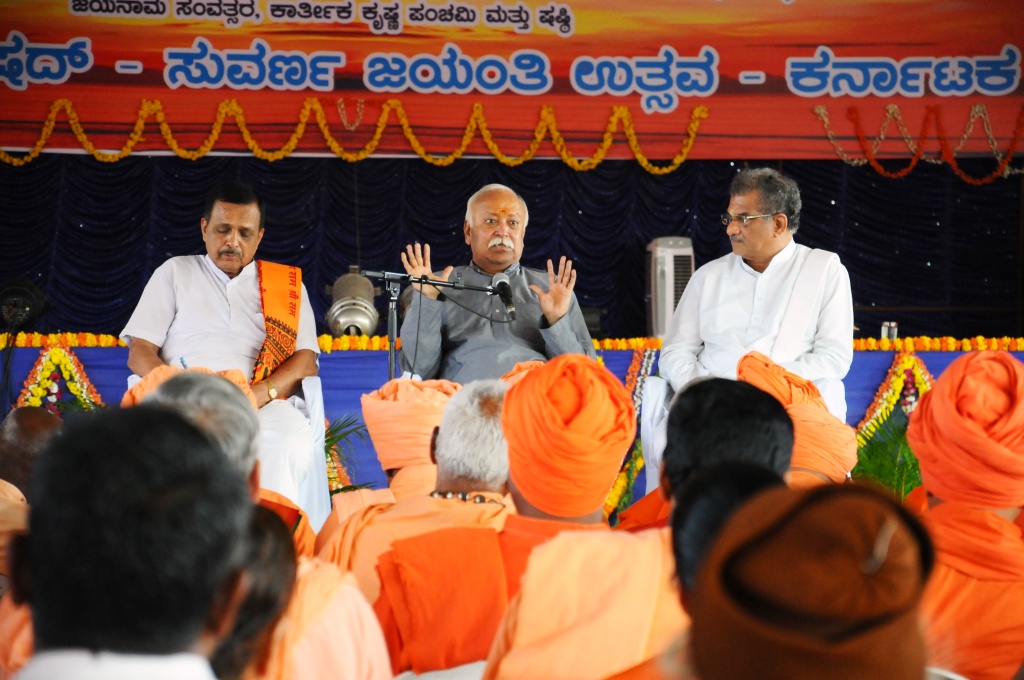 Tumakuru. With a clear message to stop prompted religious conversion and pledged to end social evils like untouchability and caste-ism within Hindu Society, the 2-day historic Sant Sammelan concluded in Tumakuru of Karnataka on Wednesday evening. The 2-day Sant Sammelan on Nov 11 and 12, 2014 (Conclave of Swamijis and Pontiffs) was organised by Vishwa Hindu Parishad as a part of its Golden Jubilee celebration.

Due to health reasons VHP veteran Ashok Singhal could not attend the Sammelan. He was expected to deliver the valedictory address. Nearly 600 Swamijis representing various religions of Hindu Society gathered at the Sant Sammelan. The Sant sammeklan ianugurated by Sri Dr Shivakumar Swamiji of Siddaganga Matha along with Param Pujya Sarasanghachalak Dr. Mohanji Bhagwat at Siddaganga Matha, Tumakuru on Tuesday morning.

1. Complete ban on export of cattle meat in Bharat. Govt. should not give license to new cow slaughter houses in Bharat.

2. Declare Cow as ‘National Animal of Bharat’ and make Bharat ‘a nation free from cow slaughtering’.

Several Swamijis expressed and shared their concerns on emerging socio-religious challenges within and in front of Hindu society.

As a Common issue, every Swami unequivocally opposed all attempts of religious conversion. Swamijis expressed their concerns to take strong measures to immediately stop all activities which are directly or indirectly promotes conversion. Swamijis also demanded strategies in enhancement on reconverting the converted back to Hindu faith (Paravartan). Swamijis also demanded a unity amongst all communities of Hindu society to fight against social evils like untouchability annd casteism. 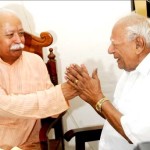