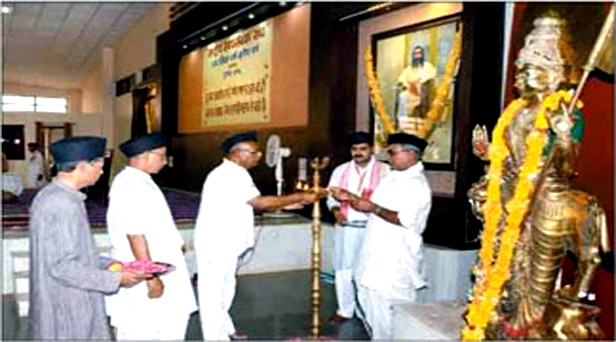 “Rashtriya Swayamsevak Sangh (RSS) has influenced the entire world due to its humane work and benevolent activities in the past nine decades. With the political transformation at the Centre, the global community has very well underscored the importance of Nagpur, the Gangotri of RSS. Each and every swayamsevak longs to visit this place once in his lifetime, because for him Nagpur is a pilgrimage centre,” said RSS Sahsarkaryavah Dr Krishna Gopal, while inaugurating RSS third year training camp on May 19 in Nagpur. The camp is specially designed to train the RSS cadres who have completed their previous two year training camps at their respective places and regions. Kashi Prant Sanghachalak and Sarvadhikari of the camp Shri Vishwanathlal Nigam, Malwa Prant Karyavah and camp Karyavah Dr Prakash Shastri and many other senior RSS office bearers were also present on the occasion.

Dr Krishna Gopal said the stream of volunteers trained here has spread the work of RSS in their respective regions in the country and even abroad bringing various cross sections of the society together under the Hindu identity. He said this happened to be the karma bhoomi of RSS founder Dr Hedgewar, and his successor Shri Guruji, who toiled hard and braved many adverse conditions to nurture the RSS in entire country and outside Bharat. It is for this very reason, Nagpur is considered as an important pilgrim centre for every swayamsevak. This is the place where the swayamsevaks are groomed to shoulder various responsibilities in the social life of the country and dedicate themselves in the man-making and nation-building mission of RSS, he said.

This year, 717 swayamsevaks in the age group of 18-40 have come for the 25-day training camp from all over the country. The camp will conclude on June 12 in presence of Sarsanghachalak Shri Mohan Bhagwat. RSS Akhil Bharatiya Sharirik Pramukh Shri Anil Oak, his assistant Jagdish, Akhil Bharatiya Bauddhik Pramukh Shri Bhagayyaih, his assistant Shri Mahavir and others were also present at the inaugural ceremony. 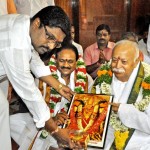 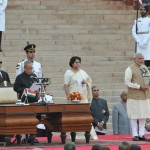