Many people in India are familiar with the Indiana Jones of the famous Hollywood series, but not with Sir William Jones, who lived in India for 11 years from 1783 and introduced to Europe the antiquity and true merits of Indian literature, languages, history and culture.

He came to India to work as a Supreme Court Judge in Calcutta. Proficient in many European and Asian languages from an early age, he developed an interest in the study of Indian culture and civilisation. He found an outlet to his enlightened interests in the form of the Asiatic Society of Bengal in Calcutta, which he established in 1784, with the support of his friends and colleagues.
During this period, he made an exhaustive study of Indian history and literature and published many books and papers of great merit on a wide range of subjects, which were published subsequently in 1807, in Europe, into 13 volumes. Among the many projects he undertook, worth mentioning were his translation of the Manu Smriti, some translations of the works of Kalidasa, translation of the Gita Govinda of Jaideva, his studies of Indian plants and animal species, his exploration of Indian astronomy and ancient Indian sciences, his paper on the Indian Classical Music delivered to an European audience and so on. In 1786, while delivering his third lecture, Sir William made the following statement which aroused the curiosity of many scholars and finally led to the emergence of comparative linguistics. Noticing the similarities between Sanskrit and the classical languages of Europe such as Greek and Latin, he declared,
“The Sanskrit language, whatever be its antiquity, is of wonderful structure; more perfect than the Greek, more copious than the Latin, and more exquisitely refined than either, yet bearing to both of them a stronger affinity, both in the roots of verbs and in the forms of grammar, than could not possibly have been produced by accident; so strong indeed, that no philosopher could examine them all three, without believing them to have sprung from some common source which, perhaps, no longer exists; there is a similar reason, though not quite so forcible, for supposing that both the Gothic and the Celtic, though blended with a very different idiom, had the same origin with the Sanskrit; and the old Persian might be added to the same family…” (Jones, Collected Works, Volume III: 34-5). The Prot-Indo-European Language-PIE
The statement of Sir Jones was both revelatory and revolutionary. It shook the foundations of the age old European belief that Hebrew was the source languages of all the world languages and introduced a new concept which, a few decades later in the 19th century, led to the comparative study of the origin and evolution of all the Indo European languages that possibly came from a common source, now referred as the Proto Indo European Language, or simply PIE.

However, there are few questions that need logical answers. The first is the question of the evolution of Sanskrit. By all accounts it is a perfect language. A language which is so perfect cannot be the language of evolving humans as per the theory of evolution. It is generally presumed that Hindi and other Indian languages are derived from Sanskrit. It is like saying that Petrol/diesel is processed to get crude oil or getting cane juice from sugar. Yes it is true that over a period of time and usage Sanskrit got degenerated into current languages, but the main question remains where from Sanskrit came?
Second and very important question is that our literature is a store house of scientific knowledge. It is only when foreign scholars study our literature and informs the world that many which are being attributed to European scholars were known to our forefathers that we wake up and claim. Most of the mathematics was known to us as is recorded in these books. This included Algebra, Geometry etc. but we have not made any effort to decode our own literature. It has been proved that speed of light was known to them thousands of years earlier as was the distance between earth and sun and earth and moon. It is on record that speed of earth, moon and sun was so well known that occurrence of Sun / Moon eclipse could be predicted with 100 per cent accuracy. There is a good description of convex lens in our Vedas.

In fact our knowledge in the known streams of science i.e. Mathematics, Physics, Chemistry, Engineering etc. was so vast that if studied properly could easily match the present knowledge. Our problem is that our students opt for branches like Medicine, Engineering, Physics, Chemistry, Maths or Commerce/ Accounts etc. It is only the leftovers who go for Sanskrit. Hence there is no worthwhile research in our literature for scientific knowledge. Our literature is considered of spiritual value only. There is no doubt that our literature is very rich in spirituality also. But the fact remains that our Vedas and Shastras are a very rich storehouse of scientific knowledge.

Now, the question is how did they have all this knowledge? It all very well to say that Sanskrit was a Divine language and Shruti was Divine’s gift to mankind. But what is the logical answer? Theory of evolution describes the stage wise evolution of Human Beings and other species but the question remains how and when Modern Man evolved. The fossils have clearly shown that birds are evolved from Dinosaurs but there is no gradual change from Homo erectus to Modern Man. It can be seen that link between Homo erectus to Neanderthal man is well established. The advent of Modern man is generally believed to be some 40 to 60 thousand years ago. There is no viable explanation for this phenomenon. Most historians term it as great leap forward. Interestingly Neanderthal man died out soon after some 25 thousand years earlier, for which no logical explanation is there. Most advocates of this theory argue that the great leap forward occurred sometime between 50-40 kya (Thousands Years Ago) in Africa or Europe, or perhaps simultaneously throughout the occupied world; however some argue for an earlier date and a slower radiation, urging evidence for advanced tool-making (e.g., pyrolithic and bone tools) and abstract designs at Blombos Cave and other sites along the South African Coast by at least 80 kya. They argue that humans who lived before the leap were behaviourally primitive, indistinguishable from other extinct hominids such as the Neanderthals or Homo erectus. Proponents of this view base their evidence on the abundance of complex artifacts, such as artwork and bone tools of the Upper Paleolithic, that appear in the fossil record after 50 kya. They argue that such artifacts are absent from the fossil record from before 50 kya, indicating that earlier hominids lacked the cognitive skills required to produce such artifacts.
Jared Diamond states that humans of the Ache lean and Mousterian cultures lived in an apparent stasis, experiencing little cultural change. This was followed by a sudden flowering of fine tool making, sophisticated weaponry, sculpture, cave painting, body ornaments, and long-distance trade. Humans also expanded into hitherto uninhabited environments, such as Australia and Northern Eurasia. The Great Leap Forward was concurrent with the extinction of the Neanderthals.
However, when we see all these factors together only one logical answer come to mind. That is the human race was transplanted from some other planet. It is quite possible that civilsation on some other planet was so advanced that their knowledge was much higher than what we have at present. It is quite possible that civilisation was monitoring the progress on this earth and might have interfered at times. They might have destroyed their own planet much we are doing it today. As a last resort they have migrated in sufficiently big number on earth to save their civilisation and knowledge which coincides with the so-called great leap forward. But as they lost touch with their own planet or that planet was rendered unlivable what could they do?

They had everything when they came but in the absence of infrastructure it was impossible to maintain their lifestyle. Just imagine if we are marooned on some uninhabited island and are cutoff with rest of the world, what will be our fate. Though we have full knowledge of modern day facilities but can we generate electricity there or for that matter can we manufacture any of the modern gadgets like cars, motorcycles, an ordinary cycle or for that matter paper or writing material. We are reduced to the Stone Age for all practical purposes. Same thing happened to those people also. They had all the knowledge (Scientific, medical, engineering, philosophical, astronomy etc), but no opportunity to make use of it in the absence of any basic infrastructure. They had to use whatever was available to sustain themselves and hence profusion of artifacts about 50 kya as established by archeologists. To save the knowledge for future generations they had to find ways and means to preserve it. As they could not produce papers etc to write, the next best thing they could do was to convert all the knowledge in the poetry form and task various families to remember verbatim fixed number of shlokas. To make it convenient a religious slant was given in the hope that in future when there is enough infrastructures some may decode this vast store house of knowledge. All the families were tasked to preserve small parts to remember and pass it on to the next generation. This practice had continued till the end of 19th. Century. It is high time we take-up this task and make our country strongest in the world.
From: www.organiser.org 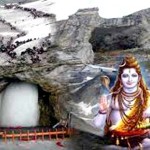