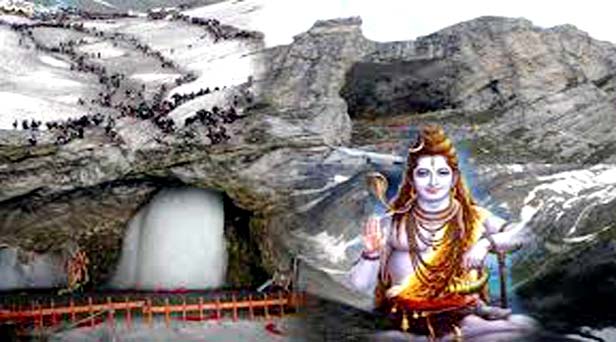 Jammu. The Amarnath Yatra has begun in Jammu and Kashmir with 1160 pilgrims leaving for the holy site in the first batch. However, snow accumulation in the Himalayas is making the trek difficult. Flagging off the first batch of Amarnath Yatra, Jammu & Kashmir tourism minister Ghulam Ahmad Mir said that due to heavy snowfall at Pahalgam-Chandanwari route the Yatra will start from Baltal route tomorrow and further review of the traditional Pahalgam route will be taken on 30 June.

The good news is that the pilgrims going on this year’s Amarnath pilgrimage will get darshan of a 20-feet shiv-lingam – a natural ice phenomenon. But the bad news is that the trek through the traditional Pahalgam route is nearly impossible because the snow is not cleared yet. Heavy snowfall has made the other option – the trek through the Baltal route risky and dangerous.

“There is 4 to 5 feet deep snow in some stretches especially at the Mahagunus top and Sheeshnag. There are some 300 men who are working at clearing the road. We will review the position after three days of the yatra,” said RK Gupta, Chief Executive Officer of SASB.

The shrine board will flag off 7,500 registered pilgrims on Saturday, the first day of the yatra from Baltal, but because the Pahalgam route is a no-go at least for the first few days, more pressure will be put on the narrow Baltal route which essentially is a horse-track. And there is possibility that it may create a mess.

Shrine board officials believe it would take at least a week and good weather to get the Pahalgam route through. The board is facing criticism for being lax in opening the traditional Pahalgam route even though the weather had improved considerably over the past fortnight. But none of these is deterring the pilgrims.

“We, the langar owners are clearing snow on our own. There is 20-feet snow at some places. There would be some difficulty. There are no arrangements. My 20 men are working to clear the place for setting up a langar,” said a volunteer.

“We have kept everything here – food, water, medicines. We have never seen such a heavy snow in last 15 years. The lingam formation is good. I think they are going to last till Raksha Bandhan,” another volunteer said.

The Amarnath Yatra through the Baltal route takes a day. But the yatris prefer the traditional Pahalgam trek for the 14000-feet climb though it takes three days. More than 2 lakh pilgrims who have registered for the yatra so far are hoping this route opens soon. 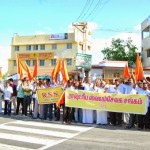