“Vivekananada Vijnana Mission (West Bengal unit of Vijnana Bharati) and Science City, Kolkata will jointly organise a one day seminar on development of science in the country, Swami Vivekananda’s vision in Action: From Tata Institute (IISc) to Mangalyan” on 16th April. The program is being organised for the senior school students to inculcate interest in science and to motivate the younger generation to pursue science for overall progress of the country.

In 1898, Jamshedji Nusserwanji Tata requested Swami Vivekananda to become the ‘General’ of a campaign for cultivation of natural and humanistic sciences. Tata recalled the ideas of Swamiji on the growth of ascetic spirit in India for overall advancement of mankind. In 1899 Indian Institute of Science (formerly Tata Institute) was established with active support from Jamshedji Tata. Journey of Science in modern India begins with the establishment of India’s finest institution of scientific research. Swami Vivekananda had clear vision regarding research on basic sciences, technological and industrial development, medical research and agricultural science for sustainable development. He even pointed out the requirement of technological gadgets to spread the education down to the poorest of villagers.

In continuation of celebration of 150th birth anniversary of Swami Vivekananda, this is a humble effort to tell the story to the students, the achievements and hurdles of Indian scientific activities since the time of its inception in modern times. The coming generation would be inspired and motivated to design their life with the ‘ascetic spirit’ to fulfill the vision of the great son of our country.

A booklet will be published on the conference theme in Bengali and English. Abstract of the talks will be compiled in the booklet which will be distributed among the participants. 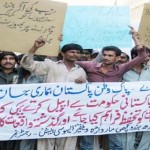