While no Hindus would have any qualms to contribute their bit to development projects, the way in which the state government went on a demolition spree of Hindu temples have created shock waves among the public. More than 150 Hindu temples have been demolished so far by the DMK led government from May 2021 till December 2021. Government officials say that based on the direction from the Madras High Court to the State Government to evict encroachments on a few water bodies and as a part of Smart Cities project, they would be evicting commercial encroachments first, followed by places of worship and then residential sites.

If that is the case, any prudent government would ensure that all encroached commercial sites across the state are evicted first and then think about places of worship.

When it comes to “places of worship”, it is well known on records that there are numerous mosques and churches built illegally either on water bodies or on Hindu temple sites/government sites. If this government is genuine in its intention, then let them first publish the list of places of worship of Hindus, Muslims and Christians that were identified to be constructed on water bodies and then take action against all.

When it comes to Hindu temples, there are a few agamas to be considered if the existing temple has to be relocated to another site.

Firstly, a Hindu temple is deemed to be the abode of the presiding deity of the temple. Trustees are only administrators of the temple and property owned by the presiding deity. Any movement of the deity within or outside the premises, alteration of the existing temple structure, modification, re-location, etc., need to be done after following the stipulated guidelines in the agamas.

Secondly, most of the Hindu temples are situated on the banks of rivers/water bodies as per the age-old tradition. Hindus, before entering the temple, would wash their hands and legs. In addition, there are so many personal rituals/ practices performed by Hindus on the river bed before going inside the temple to have darshan.

For the foregoing reasons, it would be best course available to TN Government to talk to Hindu dharmacharyas, seek their advice and proceed accordingly before unilaterally demolishing any more Hindu temples in the name of development. Hindus have proved time and again that they are for development, however, they would not tolerate their sentiments to be crushed by ruling dispensation through their unilateral actions.

Particularly, when Hindus notice that they are targeted selectively, they would register their protest to the government in all possible ways. Of late, Hindu protest seems to be effective too. Take the case of the present DMK regime trying to monkey with the Hindu calendar by seeking to announce Makar Sankranti day as the Tamil new-year’s day. Dharmacharyas led the Hindus in opposing it tooth and nail and the nefarious move was unceremoniously dumped.

Will the TN government stop selective implementation of rules and allow good sense to prevail?

TAILPIECE: The performance of the eight month old DMK dispensation is to be viewed into to get at the big picture: Ever since the government headed by anti-Hindu DMK party took over from May 2021, the common public has been subjected to various hardships in different ways – be it the inability of the state government to reduce the petrol prices, be it rampant corruption, be it breakdown of law and order, be it ineffective way of handling of Chennai floods in November 2021, be it the sub-standard quality of items supplied as “Pongal Gift” to the public. There are numerous ways in which the common public suffer.

To add insult to injury, the state government unleashes draconian provisions of various criminal acts against those who genuinely raise their voice against these misdeeds. The recent episode of one Nandan going public with his complaint that there was a dead lizard inside the tamarind packet issued as “Pongal Gift” and the high handedness of TN police in arresting the complainant, ultimately resulted in the suicide of his son. So much for the regime’s much touted “vidiyal” (Dawn). 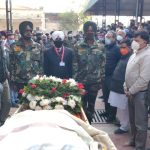