Etah. Terrorists may intrude in the city and execute the blast as per the IB. IB warned the officials to be alert to avoid any untoward incident on today’s programmes being called by Vishwa Hindu Parishad to observe the 6th December as a Shaurya  Diwas and on the other hand the Indian Union Muslim League as a black day. Surendra Kumar verma, Senior Superintendent of Police of Etah district said that IB has alerted that about five terrorists ,entering the state for  turmoil   and accordingly we have been informed to further beef-up the security .The officials informed that 35 companies of  PAC and 12 Companies of RAF has been deployed at sensitive districts of UP and also intensified  patrolling in all parts of the state to avoid even a minor single incident. A political drama is also started due to the statement of Hasim Ansari to withdraw himself from Ram Ayodhya case is also one of the factor of prevailing tension. Although Hasim ansari has kept himself away from participating in any programme .

VHP spokesperson Sharad Sharma told the media person on Friday that SHAURYA DIWAS would be celebrated all over the country and from block to district level .He further said that a function will be held on this occasion  at its headquarter Karsevakpuram and several senior VHP leaders and saints will participate . Meanwhile, today in Ayodhya, Akhil Bharat Hindu Mahasabha has also  decided to observe Sankalp Diwas . 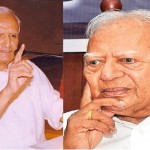