It was indeed a proud moment for the RSS swayamsevaks of Delhi when they got the opportunity to join the Republic Day Parade at Rajpath. However, it was done on very short notice, merely 24 hours before beginning of the parade, they did it with perfection.

Recalling that day Shri Vijay Kumar, who then lived at Farsh Bazar of Shahdara and held the responsibility of Mandal Karyavah, says – “There was an invitation from the Pt Nehru Government to join the march-past. Sohan Singh ji was then Sambhag Pracharak, which then included the whole of Delhi, Punjab, Haryana, Himachal Pradesh and Jammu & Kashmir. When the government representative came with the offer, he was told by Sohan Singh Ji that the Sangh swayamsevaks would happily join the march-past but in their ganvesh’ (uniform) along with ‘danda’ and ‘ghosh’ only. The government representative left saying to ‘inform about it shortly’.”

“To the best of my knowledge, the information about permitting us to join the Parade in RSS ganvesh reached 24 hours before. As the official communication came, Sohan Singh Ji worked tirelessly to inform the karyakartas to prepare for the march-past. He made telephone calls the whole night informing about the location of the buses to pick up the swayamsevaks. Senior swayamsevaks on the ground too worked over night to further inform and prepare the swayamsevaks, because everybody then did not have telephone connections and there was severe lack of other means of communication including the cars, motor cycles, scooters, etc. Finally, before the stipulated time, all the buses were packed to their capacity and a large number of swayamsevaks could not find space in any of the bus. About 3000 swayamsevaks reached the venue before 8.00 am. Our ‘contingent’ was to march in the last. But, during that wait nobody was getting bored. As is the tradition in the Sangh shakhas, we all sang patriotic songs and enjoyed the moment. Many of the army officers recorded our patriotic songs. They too were enthusiastic. As our turn came and our contingent started marching on the tune of Sangh band, the commentator said ‘you know well all these people who are marching with discipline’. The commentary was very moving and the words that the commentator used about our marching contingent were very inspiring,” recalls Vijay Kumar, who was then working with the Times of India Group.

The swayamsevaks had reached early morning. But the parade began at 9.00 am and their turn came in the last at about 1.00 pm. But none of them bothered about the breakfast. About 200 ghosh swayamsevaks also joined the parade with their instruments. When asked what was the motivation behind the then government inviting the RSS workers for the Parade, Vijay Kumar says, “The swayamsevaks’ active support to the army during the 1962 war against China was surely the prime factor, Nehruji wanted the society too to join the parade. At that time Bharat Sevak Samaj and RSS were the only two major organisations, which could join the parade. But the strength of Bharat Sevak Samaj was almost nil, hence the government invited the RSS, which was very strong on the ground and could prepare for the march-past on the shortest notice. But when the government invitation came, the RSS categorically said that it would not join without its uniform, and the government finally permitted. We were informed 24 hours before starting the parade. Even then, we joined without any rehearsal,” Vijay Kumar added.

Vijay Kumar points out that Krishnanand Sagar, the owner of Jagriti Prakashan, who now lives in Noida, was also with them in those days. He was then a Sangh Pracharak and played an active role in the preparations for the parade. KL Pathela, who now edits ‘Vishwakarma Sanket’ the house journal of the country’s largest labour organisation, the Bharatiya Mazdoor Sangh, was also with them. “It was indeed a jubilant moment that the government invited us to join the Republic Day Parade. It is a proud moment for every Indian. The man who had declared in the Parliament that ‘I will crush the RSS’, invited us with respect to join the parade. On his comment in the Parliament, Syama Prasad Mookerjee had then said – “I will crush your crushing mentality”.

Recalling that proud moment KL Pathela says – “Even at this age of 89 I have not forgotten that day of January 26, 1963. I can recall every moment of that day. When we some of the swayamsevaks of Janakpuri (New Delhi) Shakha got this news, it thrilled us. Apart from joining the Parade, the significant feeling was that the Nehru Government respected the patriotic spirit of the RSS swayamsevaks. I remember that we two swayamsevaks from Janakpuri joined the march-past. When our contingent passed through the Salami Manch, the audience welcomed us with huge clapping. We had marched up to India Gate.”

He remembers another incident of the war – “When the jawans were rushing to the border in trains, trucks, etc, the people extended them full support everywhere. We some swayamsevaks of Delhi collected Rs 697 to help the jawans. We purchased fruits for the jawans and reached New Delhi Railway Station with those fruits. A train full of the jawans was going towards Punjab. We distributed fruits among them in different compartments. They said you people have given so much fruits that we do not have space to keep them. Better, you distribute these to the needy people. Not only the RSS swayamsevaks, but the workers of the associated organisations also supported the government. The Bharatiya Mazdoor Sangh had suspended all its agitations. Today, when I visit any of the shakha, I share that experience with the swayamsevaks. It is necessary to know that nation is first for all of us. We cannot forget this spirit of a Sangh swayamsevak.” 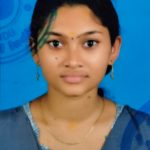