New Delhi. The government has named 21 uninhabited islands in the union territory of Andaman & Nicobar after recipients of ParamVir Chakra, the country’s highest wartime gallantry award.

Out of the 21 islands, 16 are located in North and Middle Andaman district, while five islands are in South Andaman.

According to media reports, Andaman and Nicobar Islands MP, Kuldeep Rai Sharma, welcomed the move taken by the Centre for naming the 21 islands after decorated soldiers in assistance with the Defence and the local administration.

“I am happy that the Centre has chosen 21 islands from Andaman to honour our brave soldiers. I would also like to request the administration to publish a small handbook for school children so that they can learn more about their supreme sacrifice for our motherland.

“Andaman and Nicobar Island is a ‘tirtha sthan’ (pilgrimage) because of sacrifices made by the freedom fighters and now such honour for the ParamVir Chakra recipients is a matter of pride for us,” he said.

The first uninhabited island numbered ‘INAN370’ in North and Middle Andaman was named after Major Somnath Sharma. Now ‘INAN370’ will be known as ‘Somnath Dweep’. He was the first recipient of the ParamVir Chakra. He was posthumously awarded the highest military award for his gallantry and sacrifice during the Battle of Badgam.

Subedar and Honorary Captain Karam Singh who fought in the Indo-Pakistani War of 1947, and was awarded the ParamVir Chakra for saving a forward post at Richmar Gali, south of Tithwal (a small border-village in Jammu & Kashmir) was also honoured after the Andaman administration and the Defence Ministry named another uninhabited island numbered ‘INAN308’ after him as ‘Karam Singh Dweep’.

Some of the 21 islands fall under reserved forest while some have great potential for water sports, creek tourism and fishing.

The Andamans in general and the Cellular Jail in particular played a prominent part in the history of our freedom struggle. People who took part in various anti-British movements such as the 1857 revolt, the Wahabi Movement, and the Burmese Rebellion were deported to the Andamans where they lived there under barbaric conditions. Great stalwarts of the freedom struggle were confined in the solitary cells of the Cellular Jail.

“In today’s fast-moving world and tough competitive day-to-day life, the youth hardly find time to remember our rich heritage and past. This initiative is a testimony to the sacrifices made by Indian Army personnel and youngsters will be aware of their heroic deeds. This becomes most crucial whilst the nation celebrates Amrit Mahotsav (commemoration of 75 years of Indian Independence),” said Col. Diptangshu Chaudhury, a war veteran of the Kargil conflict. 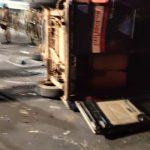 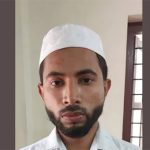