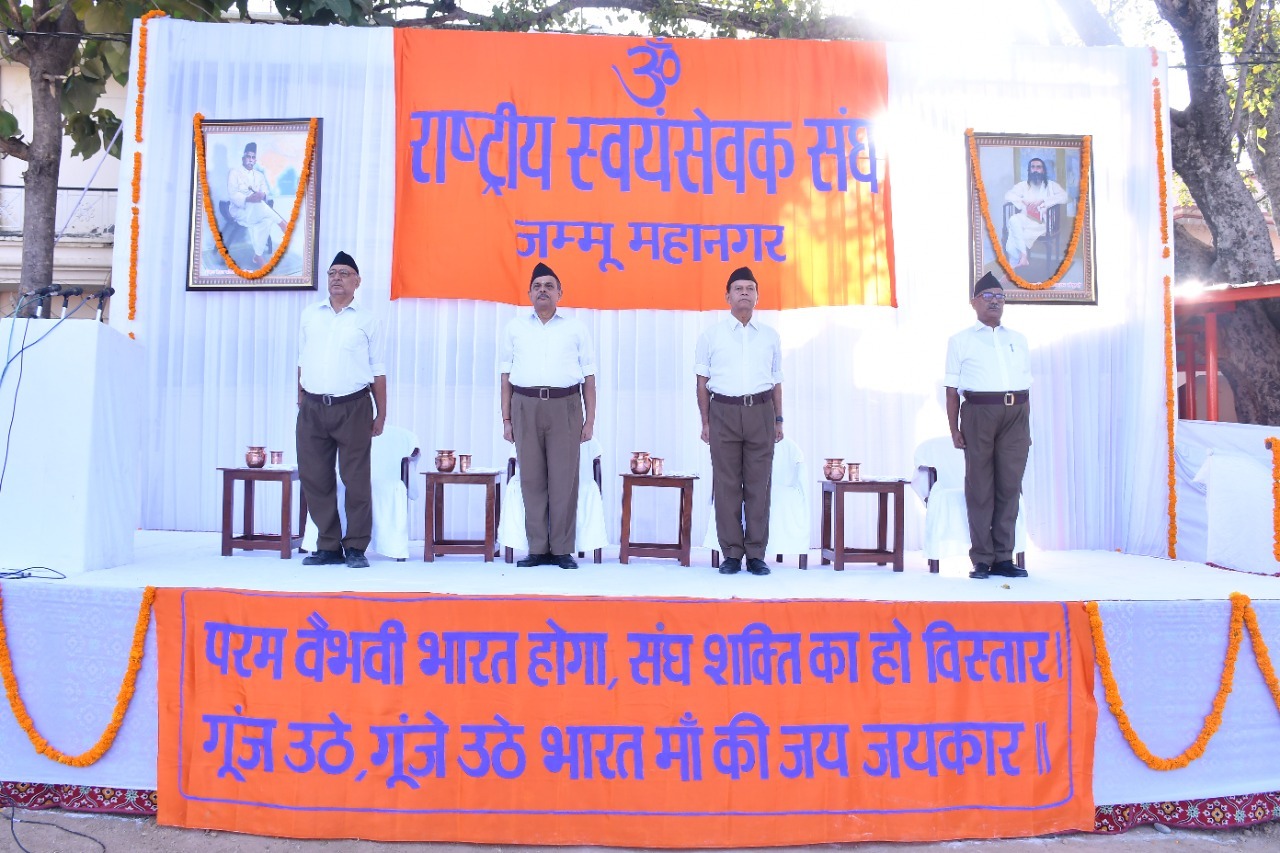 Jammu (VSK). Observing that recent constitutional reforms have ushered a new era of growth and peace in Jammu and Kashmir, Sah Sarkaryavah of the Rashtriya Swayamsevak Sangh Dr. Krishna Gopal Ji on Wednesday said that the Union Territories (UTs) of Jammu & Kashmir and Ladakh are witnessing positive change after constitutional reforms. 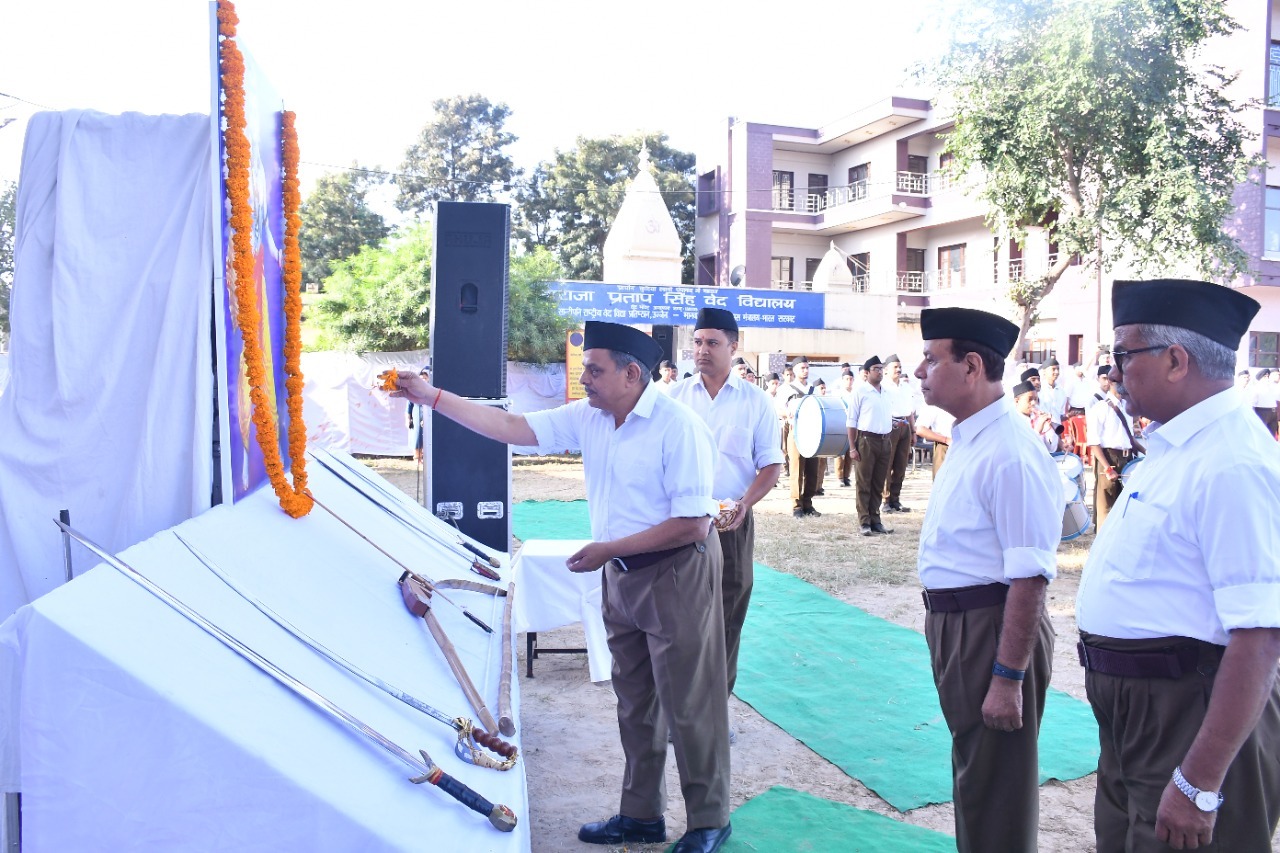 He addressed the Vijayadashmi function of Jammu Mahanagar at Ved Mandir ground Ambhpalla. Addressing Swayamsevaks on the auspicious occasion of Vijaydashmi at Jammu, Dr. Krishna Gopal Ji said that J&K and Ladakh are the lands of writers and thinkers. He said that from the days of Kashyap Rishi and till date, J&K has a 5000-6000 years old cherished history. The J&K is now scripting another chapter in its old cherished history after constitutional reforms.

Dr. Krishna Gopal Ji highlighted historical events associated with Vijayadashami. He said that Vijaydashami signifies the victory of good over evil. The clash between the evil powers and the civilized powers is perennial, but evil looks powerful primarily because it has been always tough to unite positive forces.

Recalling formation of the RSS, he said that Dr. Hedgewar Ji founded the RSS on the Vijayadashami day in 1925 in Nagpur. It has been working relentlessly since its formation in 1925 to consolidate the Hindu society and thereby usher in a glorious era of prosperity for the nation.

Sah Sarkaryavah Ji urged the Swayamsevaks to reach out to all sections of society and eradicate all forms of discrimination. Such a society will be a beacon light to the entire world which is struggling with various issues of harmony.

He said that 97 years have passed since the establishment of the Sangh and the number of Shakhas kept on increasing. Those who did not understand and opposed the Sangh are now understood what Sangh is, in its true sense. He said that in the long journey of 97 years of the Sangh, we have to face hardships. Despite this, the Rashtriya Swayamsevak Sangh stands with one force. Our resolve is eternal that India is a Hindu Rashtra.

“Hindu philosophy and Hindutva take different ideologies and thoughts together by evolving consensus”, he said and pointed out that despite having hundreds of dialects, languages, and diversity in the country, from Kashmir to Kanyakumari, the Bharat is one and the Hindutva is the binding force. Elaborating the philosophy of Vasudev Katubkam, Dr. Krishna Gopal Ji said only Hindu philosophy says that God is omnipresent, the earth is one and we are all its children.

He gave the example of late singer Lata Mangeshkar’s tour of America and said that when she reached the stage there, she worshiped the stage. Similarly, when the country’s daughter climber Santosh Yadav reached the summit of Everest, she stopped two feet earlier and did not put his foot on the top point, but bowed her head before the top point. This sentiment is the spirit of Hindutva.

Referring to India’s Sarvay Bhavantu Sukhina Mantra, he said that despite having hostile relations with Pakistan our Prime Minister offered to send wheat to our neighbouring country when there was a shortage of wheat in Pakistan.

Quoting former President APG Abdul Kalam, he said that in the history of ten thousand years, India has not looted nor invaded any country. 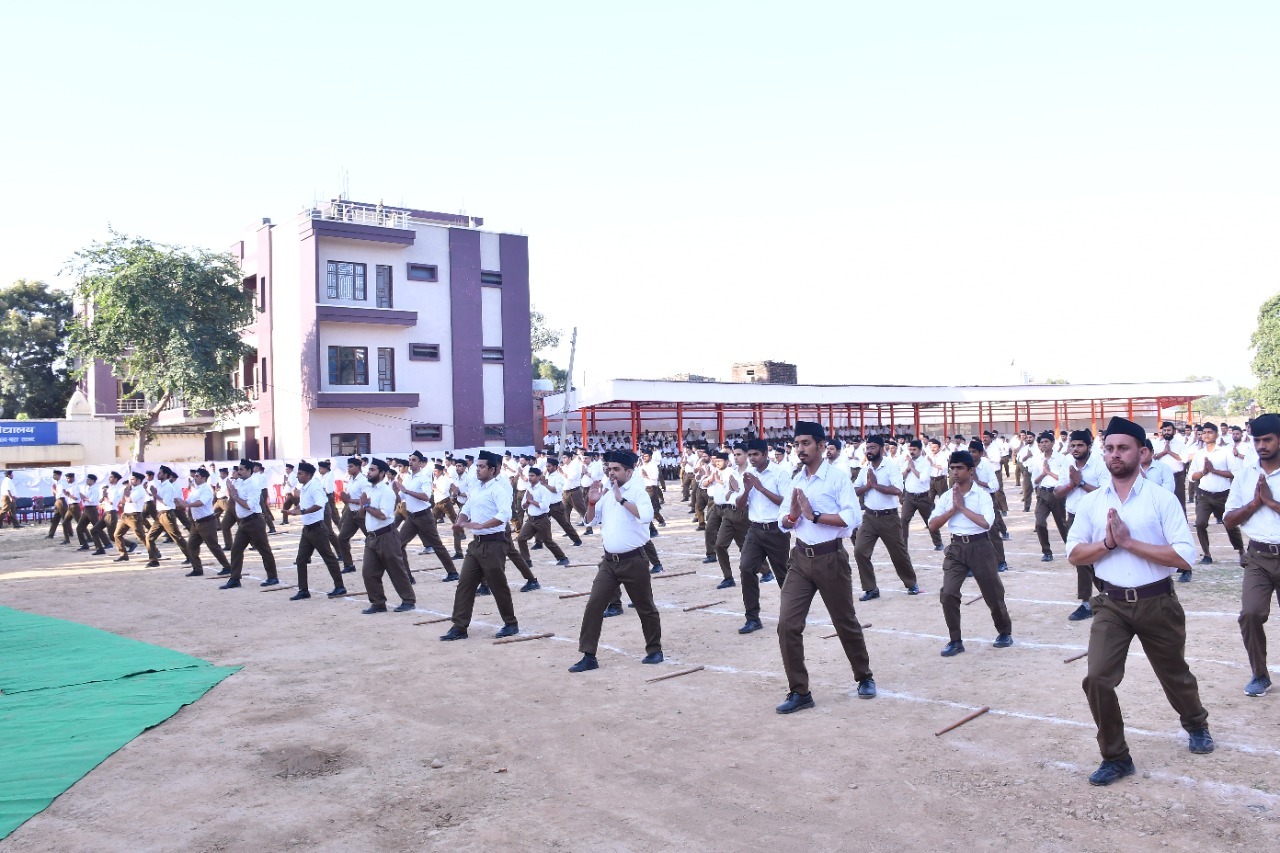 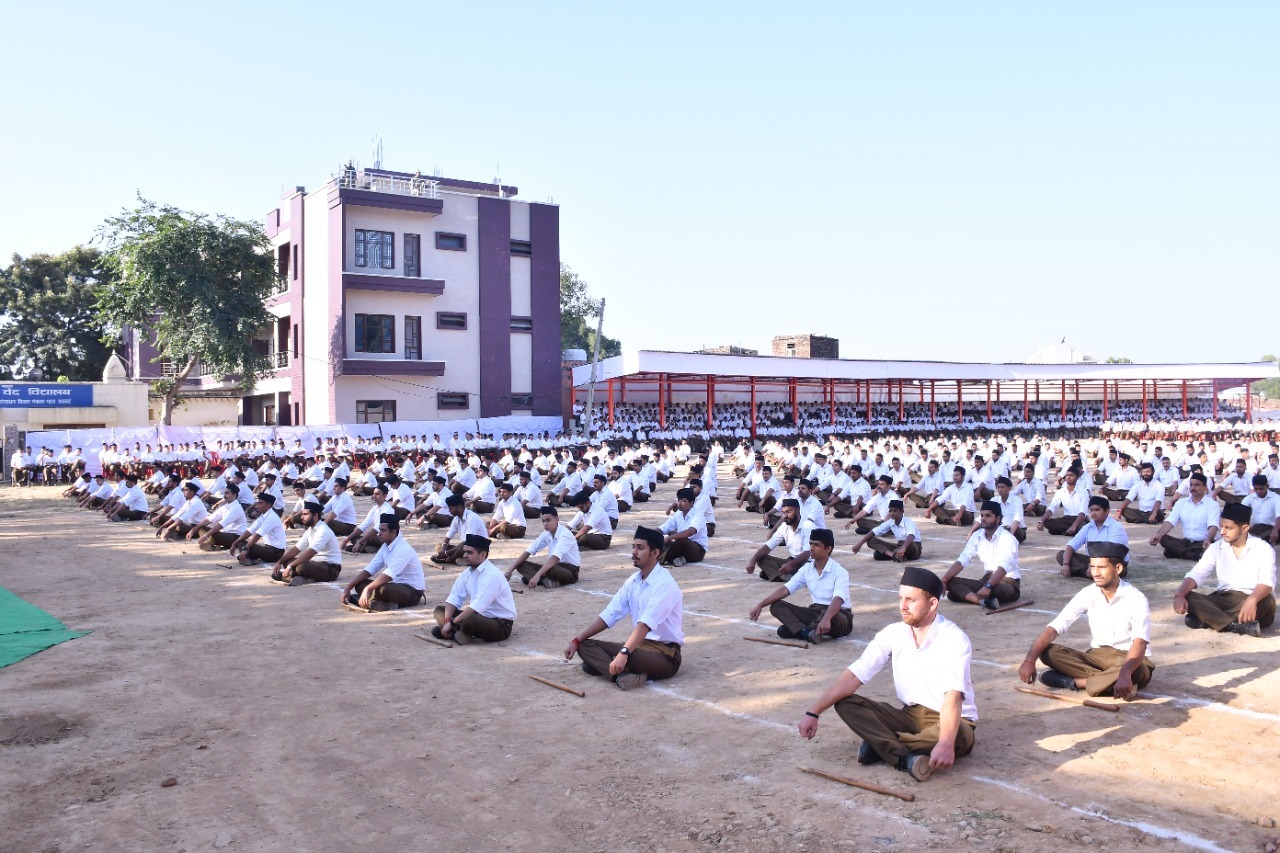