Indian freedom struggle gave rise to many extraordinary personalities. When freedom fighters were fighting to liberate India from external enemies like the British, some were fighting against internal enemies within society. The name of Mahatma Jyotiba Phule is written in golden words among the long list of social revolutionaries.

Mahatma Phule was born on 11 April, 1827 at Katagun in the Satara district of Maharashtra. Mahatma Jyotiba Phule’s original name was Jyotiba Gorhe. Selling flowers and garlands was his family business. That is why he got the surname of Phule (Hindi and Marathi word for flower). At 13, he married Savitribai, who later became the first female teacher. He completed his primary education at Marathi High School. After that, he chose a Scottish missionary school for his further education.

He was the pioneer of female education in India. During those times, women were not allowed to educate themselves. After completing his education at Scottish missionary schools, Mahatma Phule taught his wife, Savitribai. Savitribai later came to be known as the first female teacher in India. It was 1848 when they established the first school for girls in the Budhawar Peth area of Pune. He was so determined to spread education among girls that he started another two schools for girls in Rasta Peth and Wetaal Peth in 1851 and 1852, respectively. Along with the schools for girls, he also started the school for the untouchable class of society in 1952.

Mahatma Phule’s revolutionary work touched the hearts and souls of the society’s untouchable, persecuted, and oppressed class. It was not so good news for the upper class. That is Why they decided to assassinate him. But to one’s surprise, those who went to assassinate Mahatma Phule became his loyal disciple, and they spent their entire life walking on the path shown by Mahatma Phule. One of his assassins was Dhondiba Kumbhar even learned the Sanskrit language. Such was the aura of Mahatma Phule’s personality.

These words written by Mahatma Phule reflect his thoughts in brief. This means that without education, wisdom is destroyed; with the destruction of intelligence, the movement of thoughts is suppressed; with the collapse of thoughts, wealth is destroyed; and with the destruction of wealth, the Shudras fall. Shudras had to go through so many calamities just because of a Lack of education.

Mahatma Phule, throughout his life, worked for the welfare of the untouchables, oppressed, and persecuted strata of society. He has done exceptional work on women’s issues. His goal was to fight the upper caste domination and upliftment of Shudras, Atishudras, and women. He knew this could only be done through collective and organized movements.

To unite people, he founded Satyashodhak Samaj in 1873 (Truth Seeker’s Community). The Satyashodhak Samaj aimed to spread education among the Shudras to make them aware of their rights and to get them out of the clutches of upper caste domination. The ideology of Satyashodak Samaj was based on Phule’s ideological framework, which urged to unite all Shudra, and Ati-Shudra masses. Membership in Satyashodhak Samaj was open to all castes, sects, and religions. Anyone who accepted its ideology and acted accordingly by taking an oath could be a member of Satyashodhak Samaj. The doctrine of the Samaj attracted members irrespective of caste and religion. In this context, Rosalind O. Hanlon has pointed out that about 700 families from Kunabi, Mali, Potter, Carpenter, and other Shudras launched a movement to make themselves independent in religious matters. To spread the ideology of Satyashodhak Samaj, Krishnarao Bhalekar started the newspaper Deena Bandhu in 1877, which Phule opposed in the beginning because he felt that the ignorant and illiterate Shudra or Anti-Shudra masses were not able to purchase a newspaper and read it. Bhalekar edited and published the Deenabandhu for three years, from 1877 to 1880. After that, Narayana Lokhande continued to edit this newspaper in Bombay up to 1897.

He was also a prolific writer and the most significant social revolutionary. He has written many books which show his vision of society. Social inequality was rampant and was rigorously practiced. Against these socio-economic and cultural injustices, inequalities, and hierarchies, Jyotirao Phule made ardent and offensive critiques in his words and writings. His famous works are Trutiya Ratna (drama), Brahmananche Kasab, Gulamgiri (1873), Shetkaryacha Asood (1883), Satsaar and Ishara (1885), and Sarvajanik Satya Dharma Pustak (1889). Thus, he produced ample literature in prose and poetry to spread and disseminate his thoughts and movement. His writings assimilated women into his general theories of conquèst and violence, seeing them as the primary victims of force and violence, emphasizing the miserable life of peasant women.

Under the influence of the great feminist radicals of his day, such as Pandita Ramabai and Tarabai Shinde, he described male patriarchal power as a specific form of exploitation. Thus, the feminist scholar Uma Chakravarty has described him as a forerunner elaborating the “Brahmanical patriarchy” theory. He argued that the “double standard” that oppressed women were prevalent, as seen in the pathetic conditions of Brahmin widows and the patriarchy of Shudra households in which the woman was expected to remain loyal. At the same time, the man was free to have as many women as he wanted.

Phule’s concept of religion mainly focused on women’s emancipation from the old traditional orthodoxy. His religious teachings aimed at uplifting women and Shudras and Ati -Shudras. He also wanted to uplift the status of women and shudra, ati-Shudras status by spiritual means, which he advocated in his famous work ‘Sarvajanik Satyadharma,’ i.e., ‘the true religion of the people. Phule did not categorize women based on caste and creed; he included all women in his notion of Sudratishudra and pleaded for equality and common rights for all men and women. 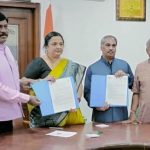