Chennai. In this lockdown period, when theatres stand closed, people have turned towards OTT platforms like Amazon Prime, MX player, Hotstar etc., for entertainment. With just a camera, script and few actors, one can easily shoot and release a film in few days in these digital film platforms. Most importantly with no censorship, these platforms are boon for those who venture controversial story plots.

GodMan -one such web series ran itself into some serious trouble. With voyeuristic scenes demeaning Hindu saints in saffron robe, dialogues explicitly attacking Brahmin community the movie has all elements to trigger unrest among Hindus. The Producer Elango Raghupathy from the Loyola School, with career stint at Jesus Calls is a no surprise pattern.

Members of Andhanar Munnetra Kazhagam and Tambras Association filed complaints across the state and appealed to CM to order withdrawal of the series.

Those who tell stories rule the society said Plato. Every community, every countrymen, every religion in this world is wary of how their stories are being told. Depicting oneself or others in society has taken many form in this digital world.. Repeatedly humiliating Hindus including Brahmins in silver screen under the cover of Freedom of expression is a story to be cut short. Advising Hindus to tolerate under the name of secularism or artistic expression is another baloney. Lay hands on a Islamic or Christianity controversial plot and one would be unceremoniously shown their place. Film Vishwaroopam is a well known example.

Hindus are the most persecuted, most lynched, living as second class citizens in their own country. Yet very little information is available in cyberspace about this real history. Those will be hidden in 3rd or 4th page of Google search or confined to some facebook or twitter handles. But Type Islamophobia in India or Church attacks in India, there will be stories abound. Movies like Godman will be on record of how Hindu saints pose themselves in this country. They will be quoted by Anti-Hindu and Anti -India forces.

Another over confident saying by Hindus is Sanatan Dharma can never be destroyed. It has survived many odds and will survive. Movies like these or any other mockery should be overlooked. Sanatan Dharma was made immortal in Bharat Varsha not by some magic, but by common men & women dedicated to the cause of Hinduism. They built huge temples, composed voluminous epics & hymns, contributed knowledge towards language, science and Maths, amassed wealth so they can help fellow Hindus, and waged wars against Abrahamic invaders & looters. This lone Hindu Bhoomi on Earth, Bharat Varsha, did not sustain itself by wizardry. Every small injustice against this Sanatan Dharma was returned in same kind is what history taught. The Brahmin Bashing by E V Ramaswamy Naicker, mocking Hinduism and saints in Tamil cinemas too started in a small way. Years of Dravidian politics in the state has lead this anti-Hindu & Anti-brahmin poison rot in the minds of general Tamil public, that these urban naxals are now out with audacity in open to display their Hindu hatred in the state. Movies, cartoons, misuse of Hindu temple assets or any injustice should be nipped in the bud.

It would be apt to quote Tiruvalluvar here.

“Destroy before it turns a big tree, the thorny sprout

Else it will sting painfully If it grows with strong root”. 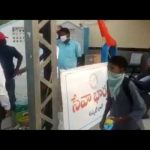 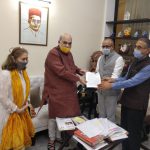