Kerala. DGP Loknath Behera said that Radicalisation is a matter of concern in Kerala and the state police have been taking big efforts to address it by conducting de-radicalisation and counter-radicalisation programmes. The DGP, who will retire on June 30, said in his interactions with television channels that the recruitment of people to the Islamic State (IS) posed concern, but it has come down recently.

“According to the inputs, Kerala is a recruiting ground because the people here are educated and the IS requires engineers and doctors. But we have dealt with it in a systematic way and it has come down,” he said.

The police, especially the anti-terrorist squad (ATS), identified vulnerable people and gave them counselling with the help of their parents.

“After the exodus of 21 families to IS-controlled areas, we did lots of things. How many went after that? We have formed one of the best ATSs in the country and it is doing a great job behind the scene. That’s why there is not much concern. But we cannot be complacent,” said Behera, adding that the police have mounted surveillance on the suspected sleeper cells of terrorist groups.

Behera said the surrender policy extended to the left-wing extremists have failed.

He said he had no qualms about invoking of the stringent UAPA in the state and added that being a law enforcer, he used the act as it was passed by Parliament. 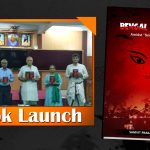