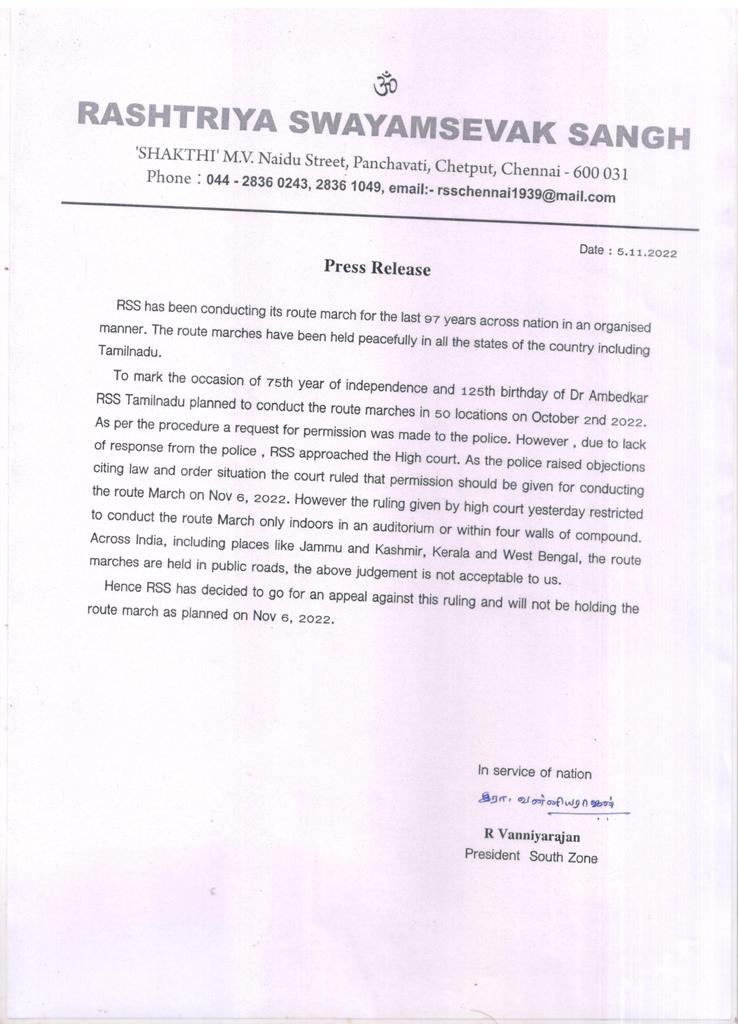 RSS has been conducting its route march for the last 97 years across nation in an organised manner. The route marches have been held peacefully in all the states of the country including Tamil Nadu.

To mark the occasion of 75th year of independence and 125th birthday of Dr. Ambedkar RSS Tamil Nadu planned to conduct the route marches in 50 locations on October 2nd 2022. As per the procedure a request for permission was made to the police. However, due to lack of response from the police, RSS approached the High court. As the police raised objections citing law and order situation the court ruled that permission should be given for conducting the route March on Nov 6, 2022.

However, the ruling given by high court yesterday restricted to conduct the route March only indoors in an auditorium or within four walls of compound. Across India, including places like Jammu and Kashmir, Kerala and West Bengal, the route marches are held in public roads, the above judgement is not acceptable to us.

Hence RSS has decided to go for an appeal against this ruling and will not be holding the route march as planned on Nov 6, 2022.

In the service of nation