Why Hindutva gets traction and Communism doesn’t 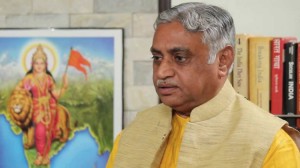 A young girl from a family known to me worked with the Jaipur Literature Festival this year as a volunteer. She mentioned to me that while the Leftist influence was quite evident in the selection of topics as well as speakers – this did not surprise me. However, she also narrated a conversation she had with her team leader. The team leader was a self-proclaimed left activist. In some conversation, the team leader in a very matter of fact tone said to her that well-known lyricist, Prasoon Joshi, was not invited to JLF because ŌĆ£he had become a Right WingerŌĆØ. Surprised, the girl asked – what was so wrong with being a ŌĆ£Right WingerŌĆØ, isnŌĆÖt it just a world view after all? But the team leader was very clear, she said Prasoon Joshi was acceptable when he wrote lyrics for Rang De Basanti. Literature has a purpose – to invoke revolution, to take a stand against state oppression. That is what the Left stands for and hence literature is the domain of the Left. However, by writing the lyrics of Manikarnika, he has done a disservice to the very Idea of India that the left envisages. Such lyrics invoke rabid national spirit and undermine the left philosophy.

Now, it is the prerogative of the organizers to decide who to invite and who not to. Two years ago the organisers of the festival decided not to retract invitations sent out to Dattatreya Hosabale and myself despite severe outrage and opposition to us speaking at JLF and this year they invited Ramesh Patange, as is their prerogative. They also in fact invited Prasoon Joshi this year but he could not make it due to ill-health. However, if leftists argue that Prasoon Joshi should not have been called simply because writing songs for ‘Manikarnika’ has made him a ‘right-winger’ then their myopia and restrictive outlook is distinctly un-Bharatiya. It is reflective of the extreme illiberalism of the leftist ideology.

It is worth highlighting this arrogance and hypocrisy of the Left. On one hand they are self-proclaimed warriors of free speech, considering even genuine criticism as an assault to their freedom of expression, and on the other they do not shy away from forcefully suppressing any viewpoint that is not to their liking. Hence, it was not at all surprising that two years ago when the organizers of the Jaipur Literature Festival invited RSS speakers for the first time ever, the left lost its bearings. Senior communists leaders like Sitaram Yechury went ahead and boycotted the festival. Rashtriya Swayamsevak Sangh is a grassroots organization. It exists in spite of serious opposition from the establishment only because it enjoys the support of the people of India. Thanks to common people of Bharat, standing solidly behind Sangh, its strength and influence has only increased over time. The Left, on the other hand has consistently lost popular support. Today, the left political dominance is restricted to only one state in the South of Bharat. And this is precisely because the view of the common Bharatiya has mattered little to the Left. In the illiberal Left world, alternate thought has no space whatsoever.

Noted filmmaker and author Mr Vivek Agnihotri shares his experiences with this illiberal Left in his book ŌĆ£Urban NaxalsŌĆØ. He narrates how he and his team were physically manhandled in Jadavpur University by ŌĆ£women student activistsŌĆØ ┬Āin 2016. The activists wanted to stop Vivek from screening his film ŌĆ£Buddha in Traffic JamŌĆØ. They kept shouting ŌĆ£Go Back Bloody Fascist BrahminŌĆØ. Trying to keep his cool, Vivek simply suggested to the protesters that he was only screening a film, they were free to not watch it. To which they ┬Āreplied ŌĆ£You cannot show any movie here. There is no place for a non-communist thought in the UniversityŌĆØ.

Coming back to the team leaderŌĆÖs opposition to Prasoon JoshiŌĆÖs lyrics in Manikarnika. The main problem of the team leader and his ilk was with the song ŌĆ£Main rahoon ya na rahoon, Bharat rehna chahiyeŌĆØ (I may or may not live, but may Bharat must live on). One cannot help but wonder what possible objection anyone could have to lyrics as benign and as moving as this. Perhaps their feelings are better expressed in slogans such as ŌĆ£Bharat tere tukde honge, Insha Allah Insha AllahŌĆØ and ŌĆ£Bharat ki barbadi tak jang chalegiŌĆØ. No wonder, for these people even ŌĆ£Bharat Mata ki JayŌĆØ has a fascist connotation.

Not unlike the Semitic religions, the left too insists on only one version of ŌĆ£TruthŌĆØ. The only version that it subscribes to, no other narrative can be allowed to exist. If one chooses to differ, she loses the right to freedom of expression, rather even the right to live. Just like the Semitic thought, the leftist/communist ideology has been responsible for some of the worst political crimes in the history of the world. In Bharat too, the Left bastions (Kerala, West Bengal) have a reputation of political murders. Such intolerance is against the very spirit of Bharat and of Hindu Dharma. Spiritual upliftment forms the cornerstone of the Bharatiya society and hence inclusiveness, freedom of thought and expression is inherent Hindu thought. It is this nature of the Hindu Dharma that has allowed people of various social, religious and political strands to co-exist peacefully in Bharat since time immemorial. I am reminded of this story of Swami Vivekananda –

Having brought the rich cultural heritage of Bharat and Hindu Dharma to spotlight in the west, Swami Vivekananda was getting ready to depart from London for Bharat,. The year was 1897. One of his British friends asked him, ŌĆ£Swamiji, how do you like your motherland now after four yearsŌĆÖ experience of the luxurious, glorious, powerful WestŌĆØ SwamijiŌĆÖs answer was poignant. He replied: ŌĆ£India I loved before I came away. Now the very dust of Bharat has become holy to me, the very air is now to me holy; it is now the holy land, the place of pilgrimage, the Tirtha.ŌĆØ

…and as his ship approached the shores of Bharat, Swamiji was overcome with emotion. He stood there with hands folded and eyes moist gazing at the shoreline as if Bharat Mata had literally appeared before him. As soon as the ship pulled up in the harbour, Swami Vivekananda got off the deck and prostrated on the land of Bharat. His emotion was akin to that of a child who had finally found his way to the motherŌĆÖs lap and just like that he uttered, ŌĆ£All my worries have dissolved in the lap of my motherŌĆØ.

What troubles me immensely is how have we come to this point, where those born on the ┬Āland, nurtured and nourished by its food, water and air, educated by the money of its tax payers,, are somehow okay with ŌĆ£Bharat tere tukde hongeŌĆØ, but ŌĆ£Main rahoon ya na rahoon, Bharat rehna chahiyeŌĆØ?, enrages them.

Political parties who nurture this ŌĆśNon-BharatiyaŌĆÖ mindset for their narrow vested interests or outsourse their intellectual outreach to Leftist groups need to introspect about the fraudulence of their ideological premise. If not the patriotic citizens of this country are bound to take cognizance and act or will ┬Āface the danger of losing ground like the communistsŌĆØ.