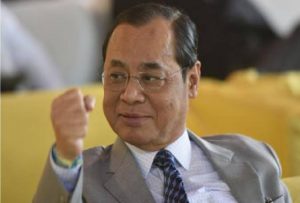 New Delhi. The Chief Justice of India (CJI), Ranjan Gogoi, lauded the National Register of Citizens (NRC) by saying that it was a well intended exercise and a base document for the future. Surprisingly, the CJI came down heavily against armchair commentators for using social media to double speak on the issue.

The Chief Justice was speaking during the book release of ‘Post-Colonial Assam’ authored by Mrinal Talukdar at India International Center.

Chief Justice Ranjan Gogoi said, “Nineteen lakh or 40 lakh is not the point. But it is a base document for the future. A document on which we can refer to determine future claims. The intrinsic value of the NRC, in my view, is mutual peaceful co-existence. Progressive societies are meant to be inclusive.”

He also said that the current Assam NRC was an attempt to give some degree of certainty on illegal influx.

The Chief Justice came down heavily against armchair commentators who used social media to undermine the NRC. He even went to the extent of saying that they launched tirades against democratic institutions.

He said that the Assam and its developmental agenda have been victims of such commentators.

He said, “the emergence of social media and tools have fuelled these double-speaking commentators. They launched a motivated tirade at a democratic institution. These commentators and their vile on the initiative (NRC) was far removed from the facts.”

The Supreme Court monitored NRC was published on 31 August. The NRC excluded 19 lakh people from the 33 million residents. Those who are not in the list could approach the ‘Foreigners’ Tribunal for redressing their grievance. 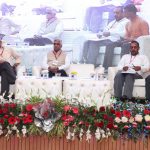