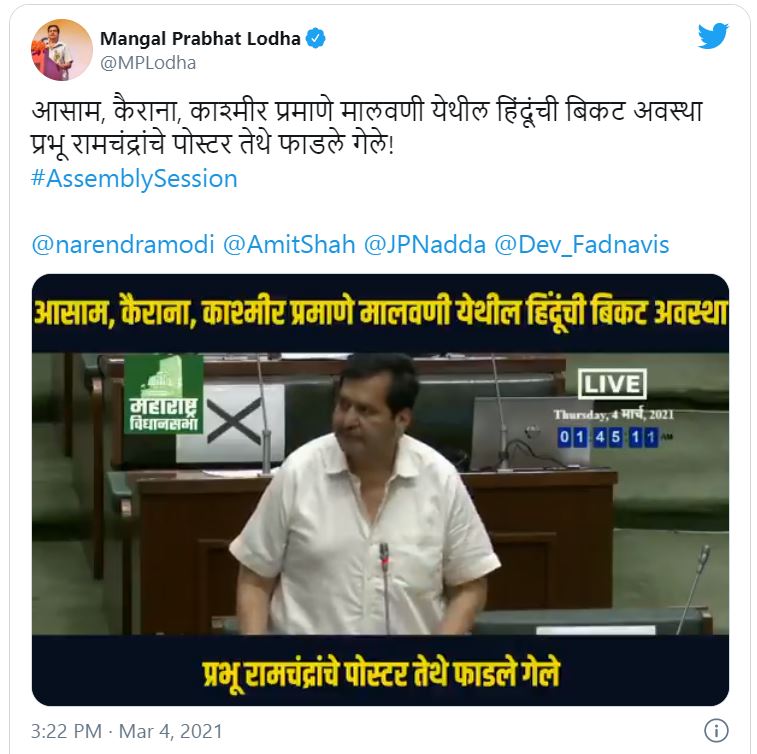 Mumbai. Mangal Prabhat Lodha, MLA of Malabar Hill and Mumbai BJP President raised the serious issue of Hindu exodus in the Malad-Malvani region and suspects that this as a well-planned conspiracy to settle Rohingyan Muslims Bangladeshis and others.

While speaking in the Vidhan Sabha on 4th March, he said, “There is a pattern to this Hindu exodus. They are being threatened and intimidated to leave their houses. A concerted attempt is being made to evict them. Just like Kashmir, Kairana witnessed the exodus of Hindus, Malvani in Mumbai is also witnessing the same.”

“If you look at the Vidhan Sabha voters list in Malad-Malvani region, the number of Hindu voters have reduced by about 15,000 while the Muslim voters have risen by 12,000,” Lodha added.

Lodha spoke about the posters of Prabhu Sri Ram being torn by police officials in Malvani. He said not only police personnel tore the posters to bits but they also filed an FIR against those who reported the incident.

The MLA said that the Hindus of the region are systematically targeted so that once they leave the place, the area can be used to settle Rohingyan Muslims Bangladeshis and others. Lodha gave the example of Chheda Nagar of Malvani, Lodha said more than half of 108 Hindu families who used to stay earlier had left the neighbourhood.

He stated that the reason behind the Hindu exodus from the area was due to the construction of a mosque there that uses loudspeakers for namaz (Islamic prayer). He also brought to light the plight of scheduled caste Hindu families who refused to bow down to Islamists and continued staying in the area despite the numerous difficulties they face such as women being locked up in the common toilets during namaz.

Lodha has urged Maharashtra CM Uddhav Thackeray to intervene in the issue and ensure justice to the Hindus of the region. 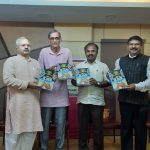 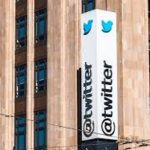