New Delhi. Even after 72 years of independence, it is unfortunate, that atrocities on Dalits still happening in our country. We need to raise our voice against these atrocities so that the victims can get justice. But, unfortunately, in the recent past, some Muslim and so called Dalit organisations have been conspiring to vitiate the atmosphere, in the name of Dalit-Muslim unity.

Joint General Secretary of Vishva Hindu Parishad Dr. Surendra Jain today said that Dalit society, like the rest of Hindus, has always been a target group for the Jihadists, but these organisations have always maintained a silence on the barbaric attacks by the jihadists on the Dalits. The stoic silence of these organisations or “army”, which derives political mileage by claiming to work for Dalit rights, bolsters the courage of the Jihadists, which is leading to increased more frequent attacks on Dalits, he added.

On 10 June, 2019, in the dead of night, at 1 pm, Begusarai’s Nurpur, witnessed three Muslim goons, forcefully entering a Dalit home, and raping Dalit woman, while also making an unsuccessful attempt on her daughter. The criminals, one Laddu Alam, son of Feroze Alam, is still threatening the Dalit family. The police station in charge, is not only threatening the affected family but also the people who have brought to light, this barbaric incident through social media. The Dalit family had been getting threats from these jihadists to sell their land and flee the village. Despite the fact that the family already complained, against the Jihadists, a month back, no action was taken due to the elements enjoying police and administrative protection. As a result, the barbaric gang rape took place.

Ironically, no Dalit organisation, or journalist or politician, worth his salt, associated with the secular mafia, who take to the streets, when it is Rohit Vemula, uttered even a word of protest. Why? Is it because the rapists, in this case, are Muslims?

Through a statement issued today, VHP requested Bihar government to immediately arrest all rapists & guilty police officers and ensure rigorous punishment to them. They should remember that politicos, who overlooked the problems of Dalits and their interests, in order to save their Muslim vote bank, have been blown away from the political landscape. The Dalit society has always been at the receiving end of the Jihadists. Whether it’s their marriage processions or funeral procession, they have always been targets of attacks, if to pass by a mosque. They have been killing Dalits, who are traditionally, cow protectors. We have been coming across deadly attacks on their religious and local festivals.

The selfishly motivated groups, who indulge in politics, in the name of Dalits, will understand the true meaning of “lynching” and Dalit atrocity, only when they talk and expose the atrocities committed by the Jihadis on Dalits. A list is attached only of these incidents of atrocities on Dalits, which have come to light.

VHP again request Bihar Govt. to take cognisance of the Nurpur Begusarai incident and initiate strict action against the culprits so that Dalits’ faith in the Govt. is restored. 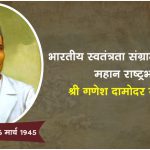